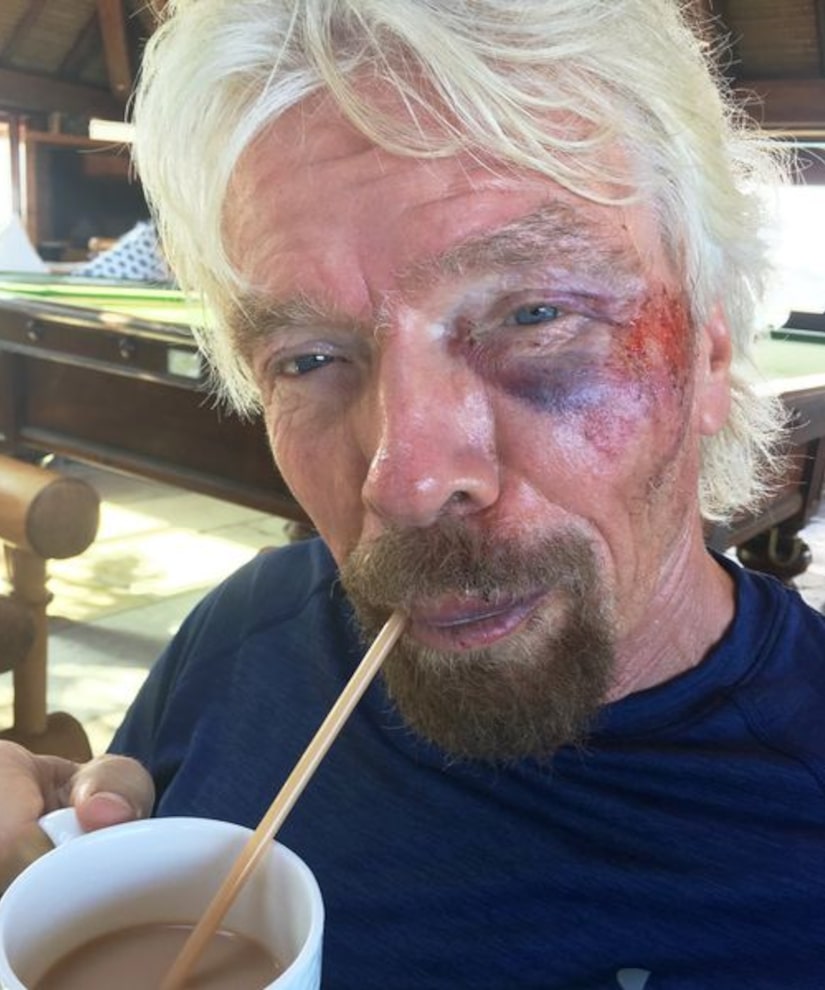 Billionaire Sir Richard Branson says he “really thought I was going to die” after a horrific bike crash on Virgin Gorda in the British Virgin Islands.

Branson, 66, was training for the Virgin Strive Challenge with friends and his kids Holly and Sam when he hit a speed bump while traveling downhill at a high speed.

"The next thing I knew, I was being hurled over the handlebars and my life was literally flashing before my eyes,” he wrote on his blog. 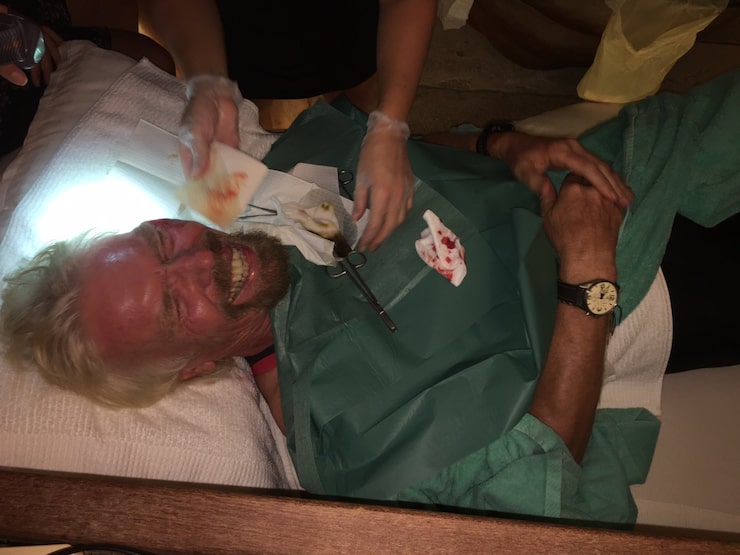 The accident sent him head-first toward the road, but thankfully he was wearing a helmet.

Sir Richard, who shared graphic images of his injuries on Twitter, said, "My shoulder and cheek took the brunt of the impact. My cheek has been badly damaged and my knee, chin, shoulder and body severely cut."

His bike disappeared off a cliff. When it was eventually found, it was “completely destroyed.” 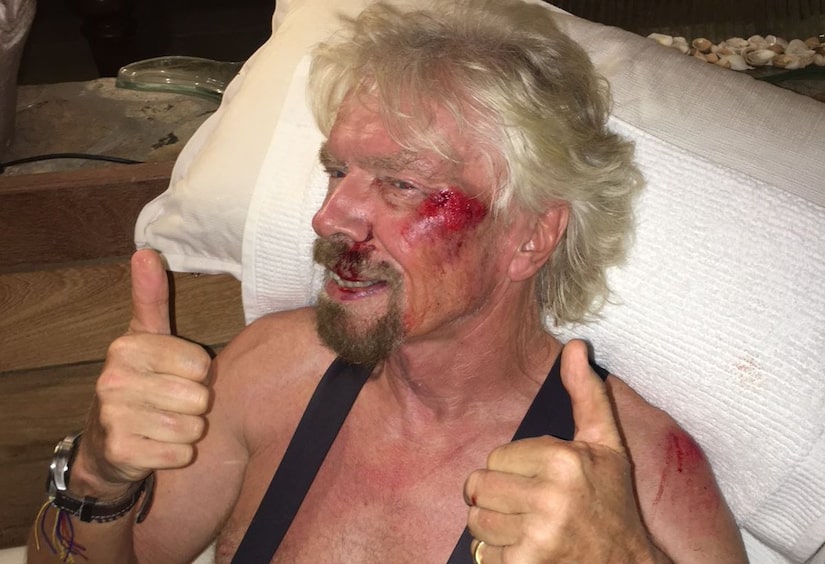 "I really couldn't believe I was alive, let alone not paralyzed," Branson said.

He later flew to Miami where he was told he had a cracked cheekbone and some torn ligaments.

Despite the setback, he remains optimistic and may even compete in the Virgin Strive Challenge next month. 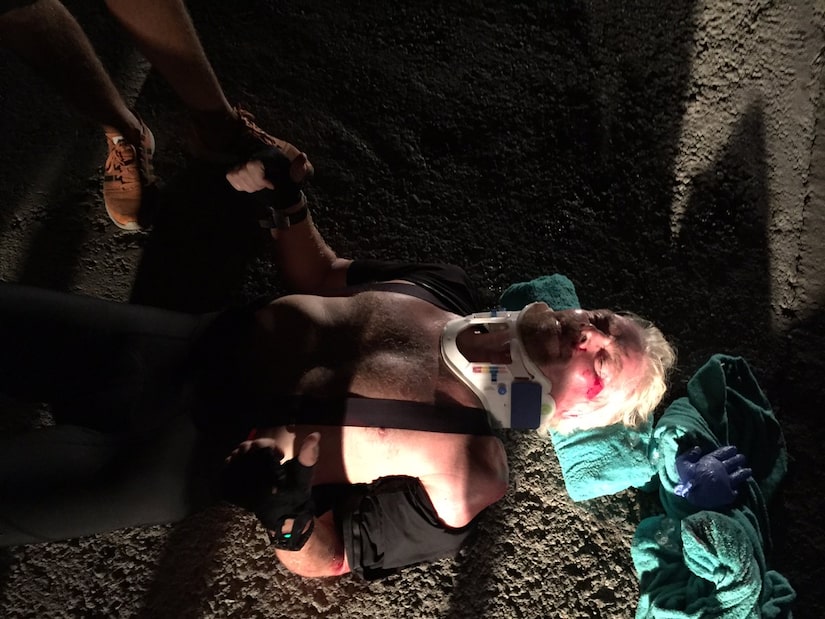 "My attitude has always been, if you fall flat on your face, at least you're moving forward," Branson wrote. "All you have to do is get back up and try again. At least I'm practicing what I preach – though a little too literally!"

"Over the years I've had many brushes with death, not least in my ballooning adventures," he added. "It has been quite a year. I've been in the wars – knocking my teeth out, playing tennis not once but twice, and also being [stung] by a ray and running into a bullet proof door."

Branson noted, "Thankfully, good fortune has smiled on me so far." 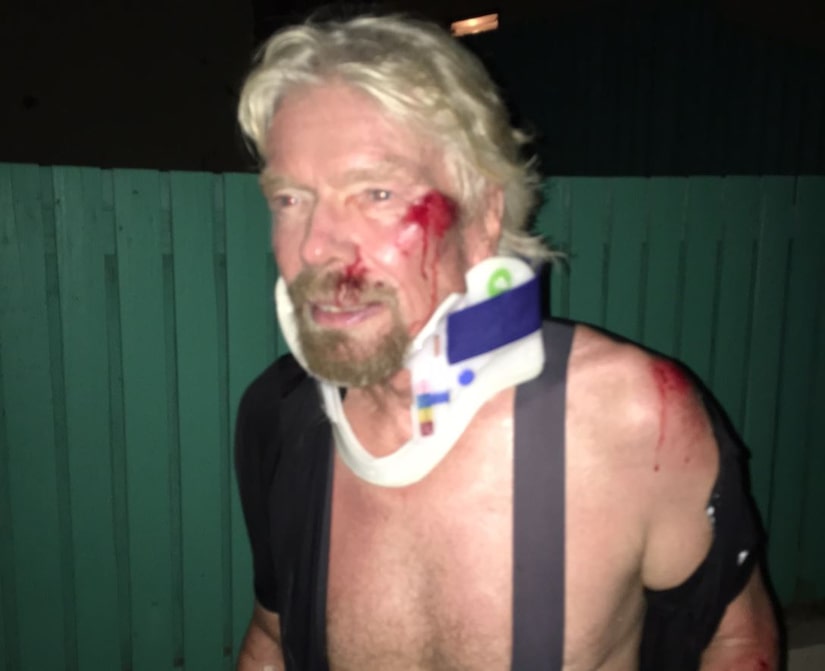 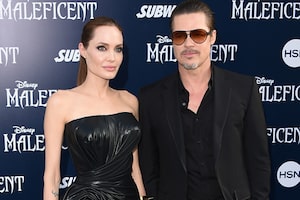 Virgin Galactic Crash: The Stars Who've Signed Up to Go Into Space 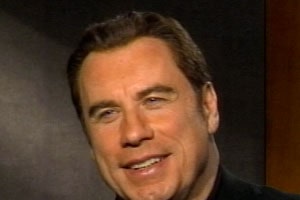 Why John Travolta Said No to Outer Space Trip 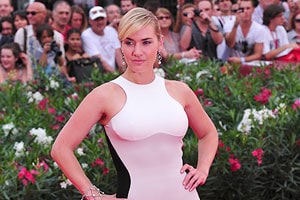 Kate Winslet on Escaping Branson Fire: 'It Was Very Frightening'