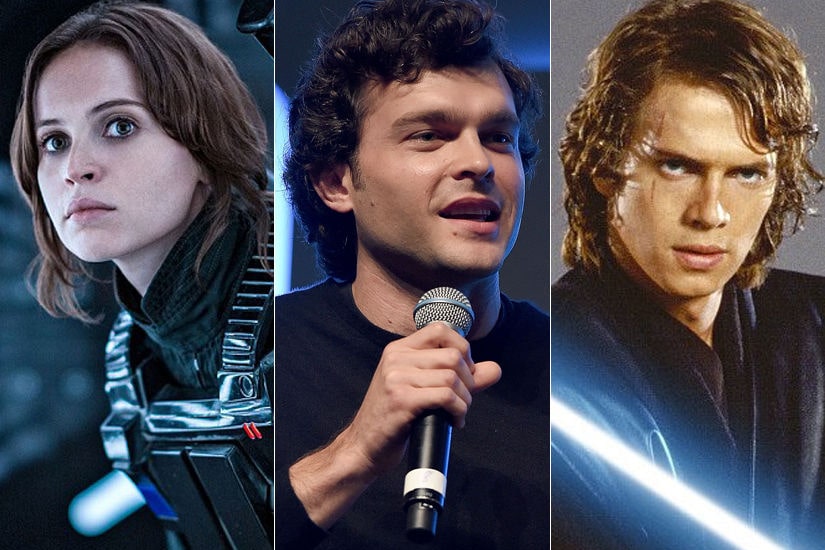 There are so many rumors surrounding “Rogue One: A Star Wars Story”!

“Extra” caught up with the filmmakers at Star Wars Celebration Europe and got the scoop on at least a couple of the most high-profile theories floating around the Internet, including whether or not Alden Ehrenreich will make his debut as Han Solo or Hayden Christensen will return as Darth Vader.

Director Gareth Edwards told us, “I'm not sure if I'm allowed to do this, but I think I should… I can put to bed, Han Solo is not in the movie.”

LucasFilm President Kathleen Kennedy also confirmed that Han Solo will not be in the film, adding that the rumors about Hayden are “not true.”

When asked if “Rogue One” ends 10 minutes before “New Hope” begins, Edwards played coy. Kennedy responded, “I love that it has been reduced to that precise amount. It definitely leads into 'New Hope' that is very intentional, but it is a completely new and separate set of characters and it is a story that sits outside of anything anyone would necessarily know in 'New Hope.'”

Edwards also addressed the online buzz surrounding “Rogue One” reshoots. He explained, “I've done reshoots on every film I've ever made, but I guess when you do 'Star Wars' you have a microscope over you, which is fine and good.”

“Rogue One: A Star Wars Story,” about a group of rebels who set out to steal the plans to the Death Star, opens in theaters on December 16, 2016. 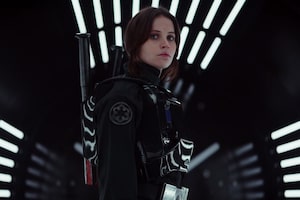