She shared, "I am what is called N-E-D… no evidence of disease, so I'm amongst the survivors now.”

Joan was able to overcome the odds, along with current "Good Morning America" host Amy Robach, who both revealed that cancer has changed them for the better.

Robach explained, "I had my eye on the ball in terms of what I wanted, but I wasn't appreciating what I have, and that's what cancer gave me,” while Lunden added, "It's given me a purpose-driven life. That's a gift."

Though DiNome didn't treat Amy or Joan, she applauds them for going public with their battles. "Whenever anybody comes out and speaks about their experiences, especially when it's a celebrity, they have so much more influence over people, it brings cancer out of the untouchable, unrealistic realm to show everybody else that cancer doesn't beat us, we beat it.”

“Extra” was with Dr. DiNome as she unveiled St. John's 30 Nights in Pink makeover in recognition of Breast Cancer Awareness Month. 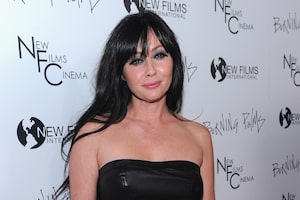 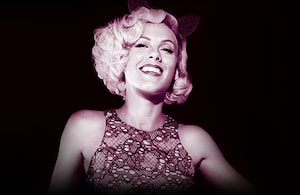 Pink Brings the Power for Breast Cancer Awareness and Prevention 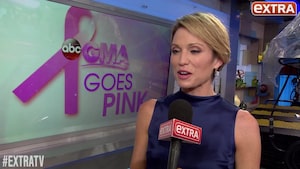