Michael Douglas returns to the big screen this weekend playing what he loves to play most: the villain.

In “Beyond the Reach,” he plays a wealthy man who betrays his young hunting guide, played by Jeremy Irvine, turning him into the hunted. Irvine, who spends most of the film, as he puts it, “running around the desert half-naked,” admitted he is no longer in the same shape, “I looked like that for about four weeks… that's not me normally."

Douglas interjected, “He was ripped.” Irvine returned the compliment, describing the experience of working with the 70-year-old star as “wonderful,” and calling it a “privilege.”

Michael told “Extra's” Charissa Thompson he loves playing villains “because you could do anything you want when you're bad. There's no moral compass and audiences love it.” When Charissa asked him how his wife, Catherine Zeta-Jones, feels about him playing bad guys, Douglas responded, “She'd rather see me get it out on screen than have it back in the house.”

Ironically, every villain Douglas has ever played pales in comparison to Griselda Blanco, the real-life female drug lord Catherine is set to play in “The Godmother.” Michael described Blanco as a “real famous character out of the Miami drug scenes in the '80s” who murdered approximately “300 people.” Douglas said Catherine is really looking forward to the role, and added, “It's good to be bad!”

Next up for Douglas is “Ant-Man” due in theaters in July. “Beyond the Reach” opens in select cities this weekend. 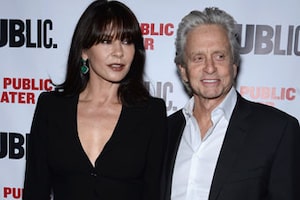 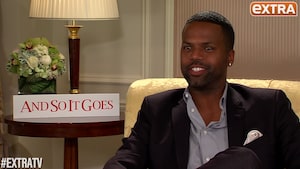