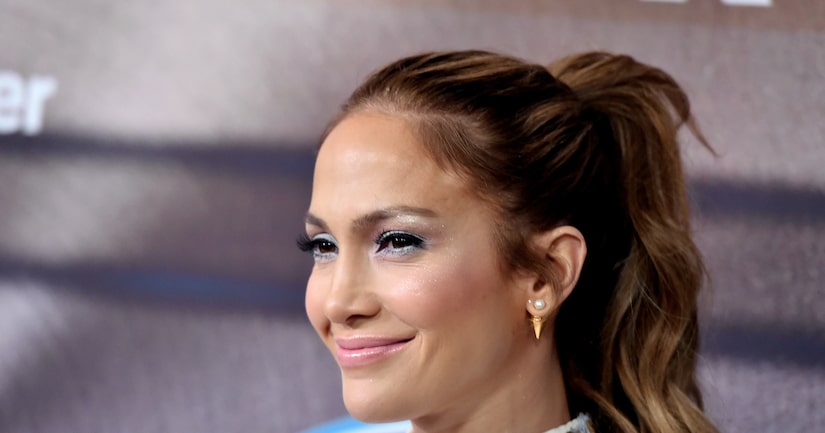 Superstar Jennifer Lopez does it all. She's an actress, dancer, singer, and most importantly a mom to twins Max and Emme. Next up for the busy mom is voicing Lucy in the new family film “Home,” in theaters March 27.

Lopez sat down with “Extra's” Tracey Edmonds to talk about the film and singing on the soundtrack. The “American Idol” judge is pulling double duty performing the song “Feel the Light” from the movie on tonight's show.

“It was obviously kinda the theme of the mother and daughter in the movie, it's a beautiful song, Stargate produced it and they asked me to sing it, and I was really honored and happy to do it.”

Lopez says her twins are excited to see “Home.” “It's always fun when you do something the kids are gonna love, this is the first movie I think they've been excited to see, like they know about it, I don't know if they know I do a voice in it yet, I know they know I do the song cause they've heard the song at home.”

She adds that she's lucky to spend a lot of time with her kids, but admits her biggest challenging is feeling like it is not enough. “I'm with them every second, I'm spoiled 'cause a lot of moms can't do what I do, which is bring their kids to work sometimes or take them traveling with me, home school. I can do so many different things, so I'm with them as much as I can, and even with that I always feel like, ahhh I didn't get to see them tonight when they went to bed or even with FaceTime, everything you do, it never feels like enough, that's just the plight of a working single mom.”

The 45-year-old was happy to play the mom Lucy in the film, “It was fun doing the voice of Lucy, she's Tipp's mom and they get separated right at the beginning of the movie, so it was a very emotional kind of role, but it was good, a lot of fun.”

Lopez let us in on what home means to her. “For me the, true meaning of home is like my kids, when they say like it's who you care about, who you love, doesn't matter where in the world you are, you feel at home when you're about the people you wanna be around.” 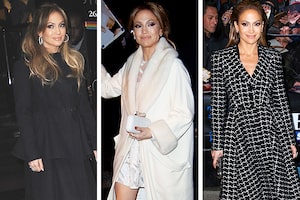 Jennifer Lopez: Conquering Her Fears, Showing Off Her Style, and More! 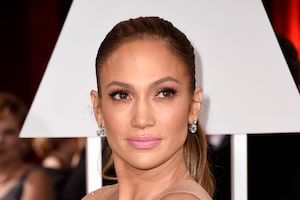 Jennifer Lopez Sparkles at Oscars with $2.5 Million in Jewels