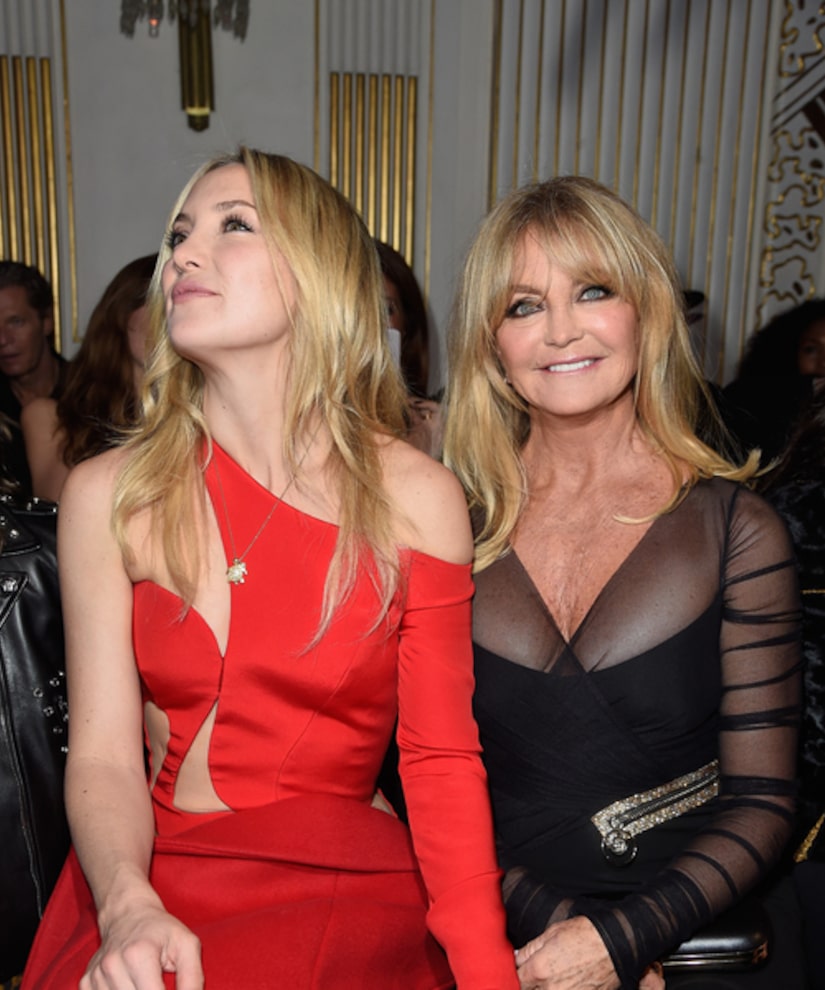 Kate Hudson in a skin-baring red cutout stunner, and mom Goldie Hawn in a sheer top and black mini proved once again they are Hollywood's hottest mother/daughter duo, stealing the show at Paris Fashion Week while hanging with Donatella Versace.

Front and center at the runway show, they were part of a star-studded audience, sitting near "Fast and Furious" star Michelle Rodriguez and singer Ellie Goulding. 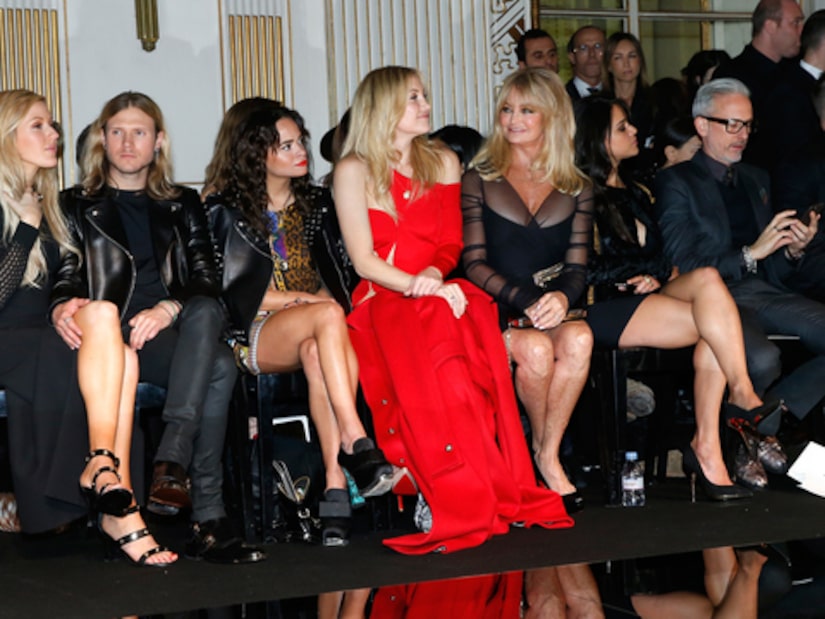 ﻿Kate and Goldie wowed from front and back, don't believe us? Well here's the back. 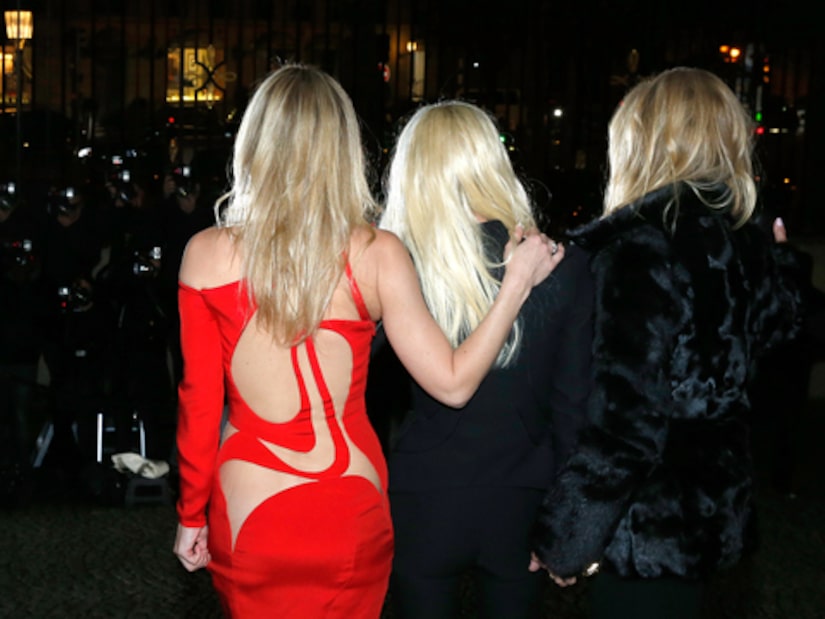 Kate, Goldie, and Donatella were caught in a massive camera crush leaving the show, all of it caught on tape.

﻿﻿Both mother and daughter wore Versace (of course, they were at the Versace show) and Christian Louboutin pumps. Kate was just as hot jetting out of Los Angeles two days earlier in jeans, suede boots, and a sheer top. 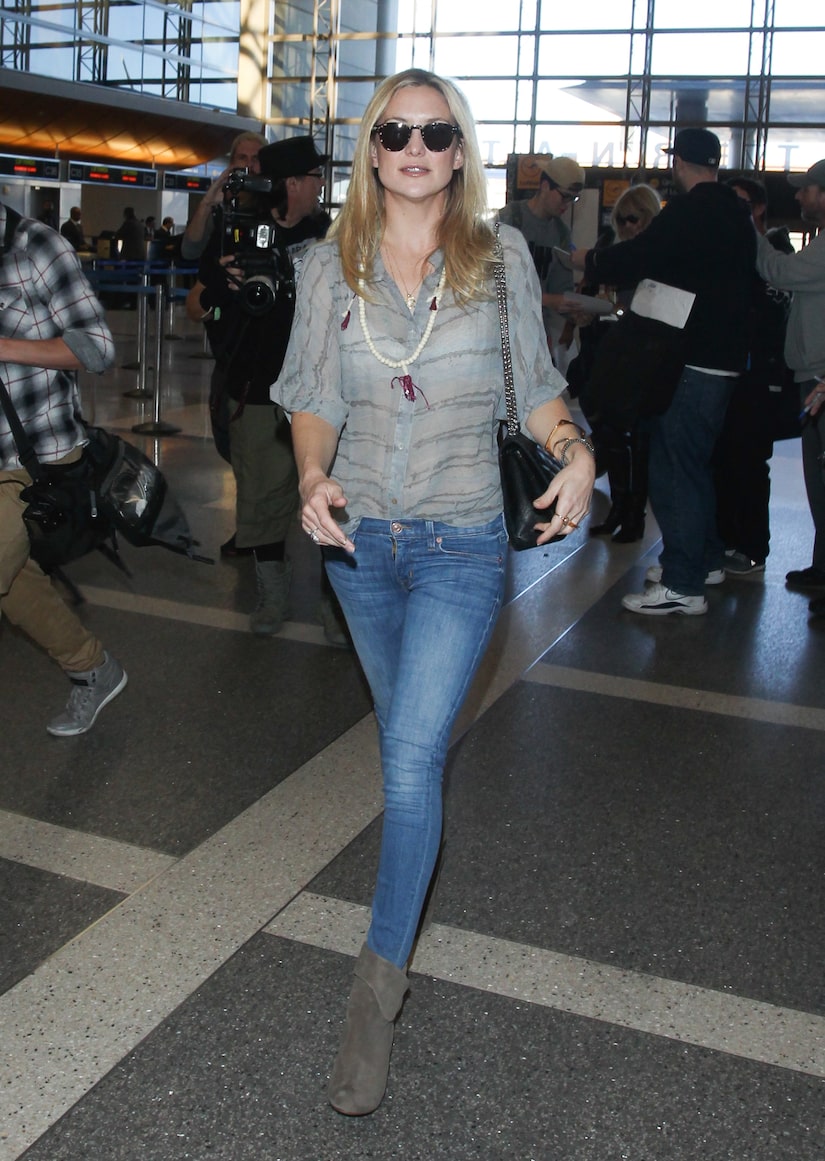