“The Boy Next Door” is about a one-night stand between a teacher and a teenage boy which goes terribly wrong, “Fatal Attraction”-style. Lopez and Guzman talked with the mag about what makes for their great chemistry onscreen and off.

Jennifer said, “There was something about him that was boyish but manly at the same time -- innocent, but [able to] go dark, and that was sexy.”

Watch their incredibly hot behind-the-scenes footage from the photo shoot!

At the People Magazine Awards on Thursday, “Extra's” Charissa Thompson caught up with Lopez, who admitted she's a little nervous about the January release of the film. “My movie will be out in January. It's a little bit scary.”

Lopez also revealed her take on "the year of the booty,” calling her most talked about asset “relatively small.” Lopez laughed, "I think mine has become relatively small with the stuff that's happening out there but I'm still very proud of her.”

Make sure to check out the steamy connection between Lopez and Guzman when “The Boy Next Door” opens January 23. 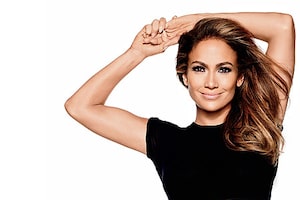 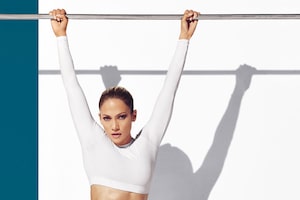 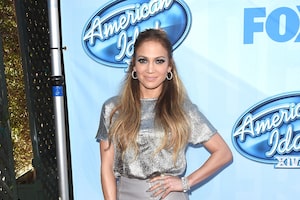 What Will She Wear? Jennifer Lopez Dishes About Her Upcoming ‘Idol’ Fashion