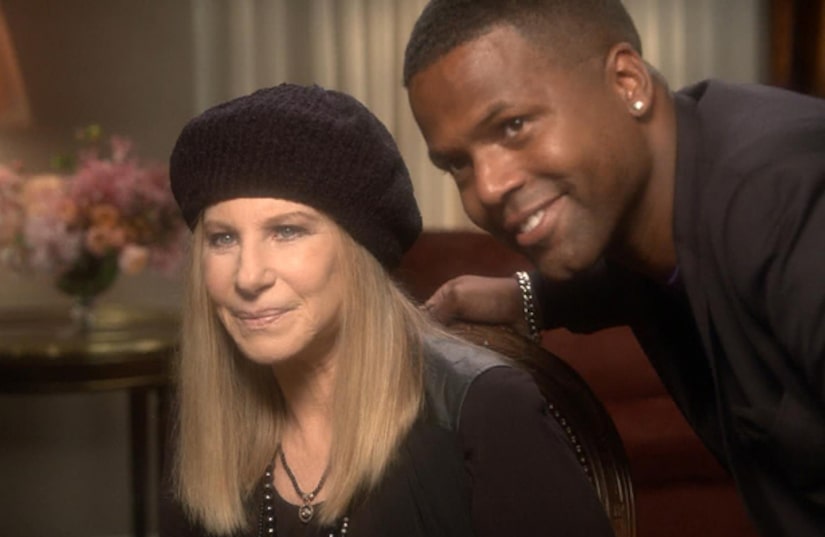 “Extra’s” AJ Calloway sat down for a rare, one-on-one interview with Barbra Streisand, in which the singer opened up about her newest duets album “Partners,” and about finally having a woman lead the country.

Streisand said, “Finally ready, finally! I mean think of all the countries that have women leaders, you know, like it’s no big deal… America’s quite a young country. It’s taken us a long, long time to come to the thought that a woman could be President of the United States. I think it’s time for a woman to lead, in a nurturing way.”

Barbra said she is a fan of Hillary Clinton, saying she absolutely would support her if she ran for president. “She’s very, very smart and she’s experienced. She’ll have a person behind her that would be a great advisor.”

Streisand shared her first meeting with Presley. “It was 1969 in Las Vegas. I think it was called the International Hotel, yep, and Elvis came. It was my opening night, but I was very nervous meeting him. I remember sitting there polishing my nails while he was talking to me. Can you imagine? When I think of it now, I think, 'How could you have been so stupid?'"

Barbra’s son, Jason Gould, is also on the album. “He makes me so proud. When I heard him sing ‘How Deep Is the Ocean’ like that, he recorded it, and I just fell off my chair. The beauty of his voice, his emotional life, his soul comes through in his music, so it’s fantastic.”

Streisand said everyone on the record is a “magnificent musician,” and shared her thoughts on some of the younger musicians in the industry, like Miley Cyrus. “She’s awfully cute, I must say… she’s audacious, and she has talent. She’s come a long way from the little girl I remember seeing. She has a lot of style, yeah, I think she’s good.”

“Partners” is available in stores today.