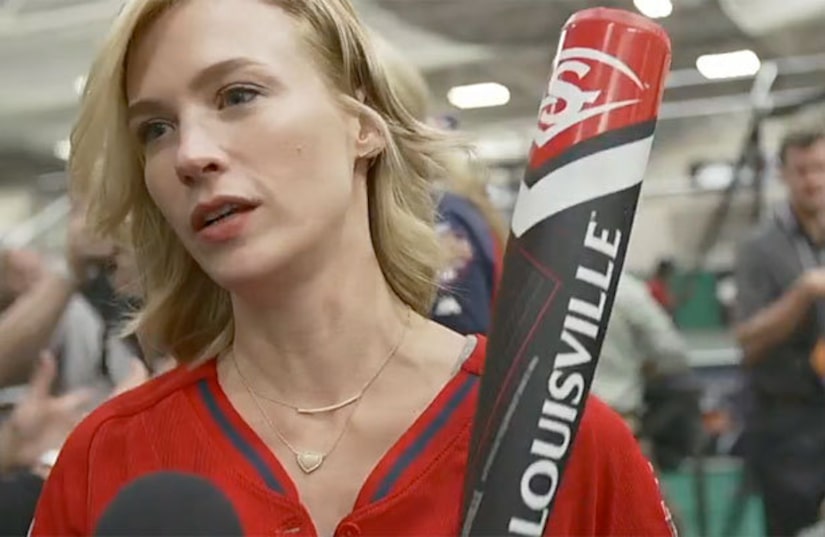 Major League Baseball's 2014 All-Star summer events are in full swing in Minnesota, with the 85th All-Star Game to take place on Tuesday, July 15 at Target Field.

The All-Star Legends and Celebrity Softball Game finished up on Sunday, July 13, and there were plenty of celebs participating, including "Mad Men" star January Jones and "Watch What Happens Live" host Andy Cohen.

January Jones talked about her softball experience, and tried to figure out which bat she would use during the game. Watch!

Andy Cohen chatted about which celeb he was most excited see, and opened up about how terrified he was to play.

Check out more videos from the celeb softball game here!