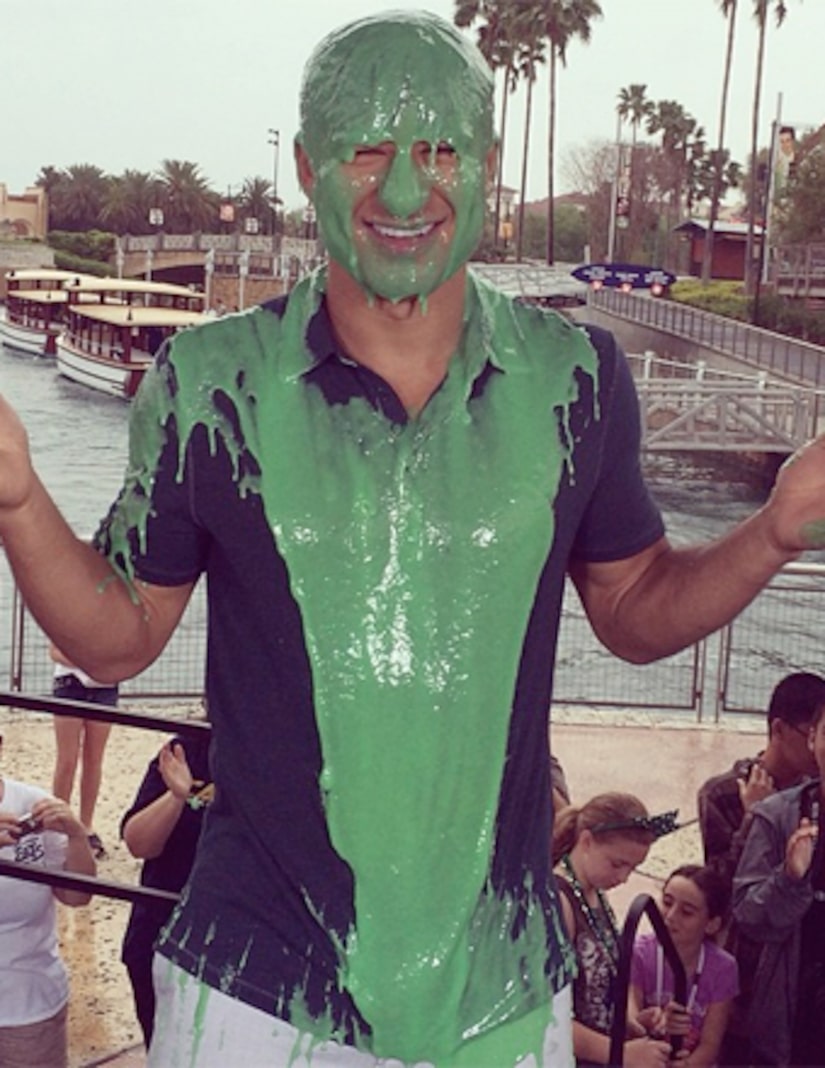 Watch as the stars join Mario on the rides and attractions at Universal Studios Florida and Islands of Adventure and have some fun, including Jennette brushing up on her babysitting skills with the children of “Extra” staffers, and Julie Gonzalo doing a dramatic reading of “Green Eggs and Ham” and Mario getting slimed, plus a whole lot more.

Mario even gets a sneak peek at Universal Orlando’s newest attraction, The Wizarding World of Harry Potter: Diagon Alley.

Tune in to “Extra” on Monday and Tuesday (check local listings) to see Mario host from Orlando!