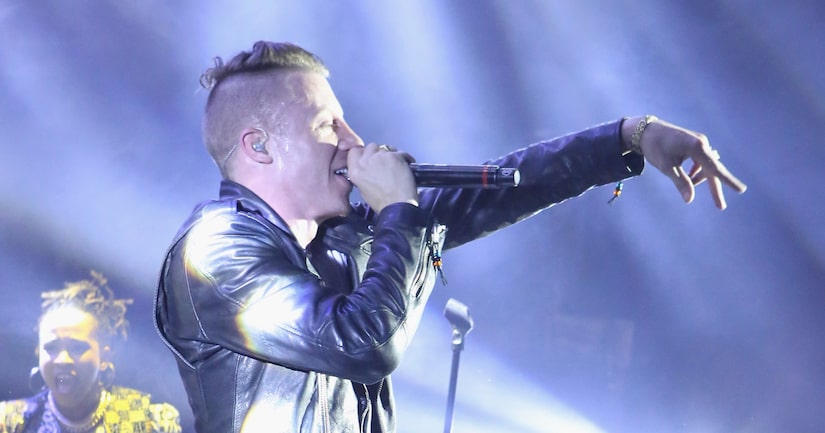 The 2014 Grammy Awards will be celebrating more than just music's biggest stars... it's going to be a love fest.

According to The New York Times, 33 diverse couples will be married as Macklemore & Ryan Lewis perform their Grammy-nominated song, "Same Love.” The big showstopper nuptials will be officiated by none other than Queen Latifah.

The Times described the featured couples as "gay, straight, old, young, of many races and many colors." Among the group tying the knot is Lewis' sister Laura and her boyfriend Alex.

"A night that is already tremendous for me, for the music," Lewis explained, "but to have my sister get married and my family there watching it -- that makes it a whole other level of amazing."

The hip-hop-duo is nominated for seven Grammys, including song of the year for "Same Love."

Lewis said that the unions during the duo's tune, which has become a marriage-equality anthem, "will be in our minds the ultimate statement of equality, that all the couples are entitled to the same exact thing."