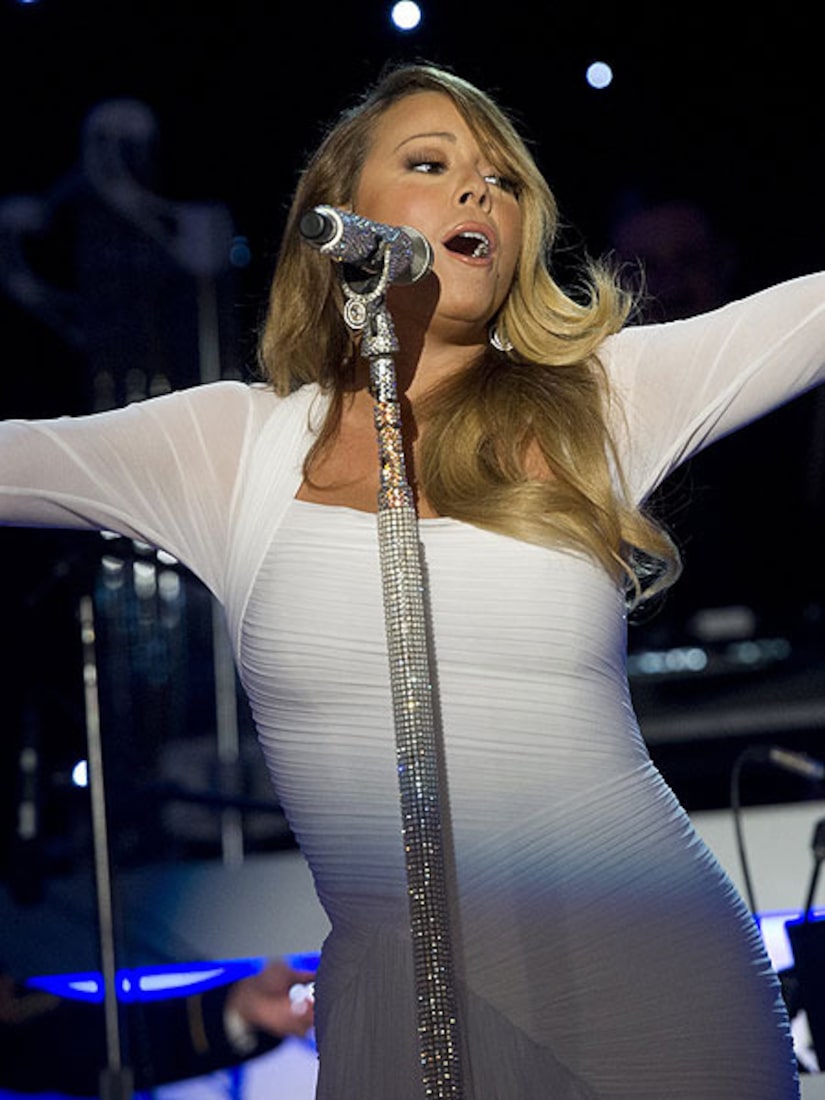 “Extra’s” AJ Calloway sat down for an exclusive interview with Mariah Carey at Dylan’s Candy Bar, where she treated children from the Fresh Air Fund to gingerbread houses and a meet and greet with Santa.

Carey has a lot to celebrate this year, kicking off her “12 Days of Christmas" on NBC and selling an unprecedented 14 million copies of her "Merry Christmas" album, but she is also looking forward to spending time with twins Moroccan and Monroe and husband Nick Cannon in Aspen this holiday season.

Mariah explained, “We’ve had a couple difficult seasons these past years. Nick had a health scare. We went to the hospital one Christmas, that was a tough year for us… whatever it is will make you stronger.”

The singer said Santa and his reindeer would be making a visit to the twins, too. “They're 2 1/2 now and so now they really get it. They saw Santa today. They're going to see him again soon.”

Another tradition she’s starting is to make sure her children know how important it is to give back. “I know that these babies cannot grow up thinking this is normal. So what I plan on doing, what we kind of started this Thanksgiving, is for them to learn that we give back That this is not the typical, not reality. We feed other people. You have to help others.”

Mimi also talked about a special family recipe she cooks every Christmas. “I make my father’s recipe of linguini with white clam sauce. My father passed away, and I could never find someone to make this dish the way he did, so I learned.”

Watch more of the interview, including an awesome candy fight between AJ and Mariah!