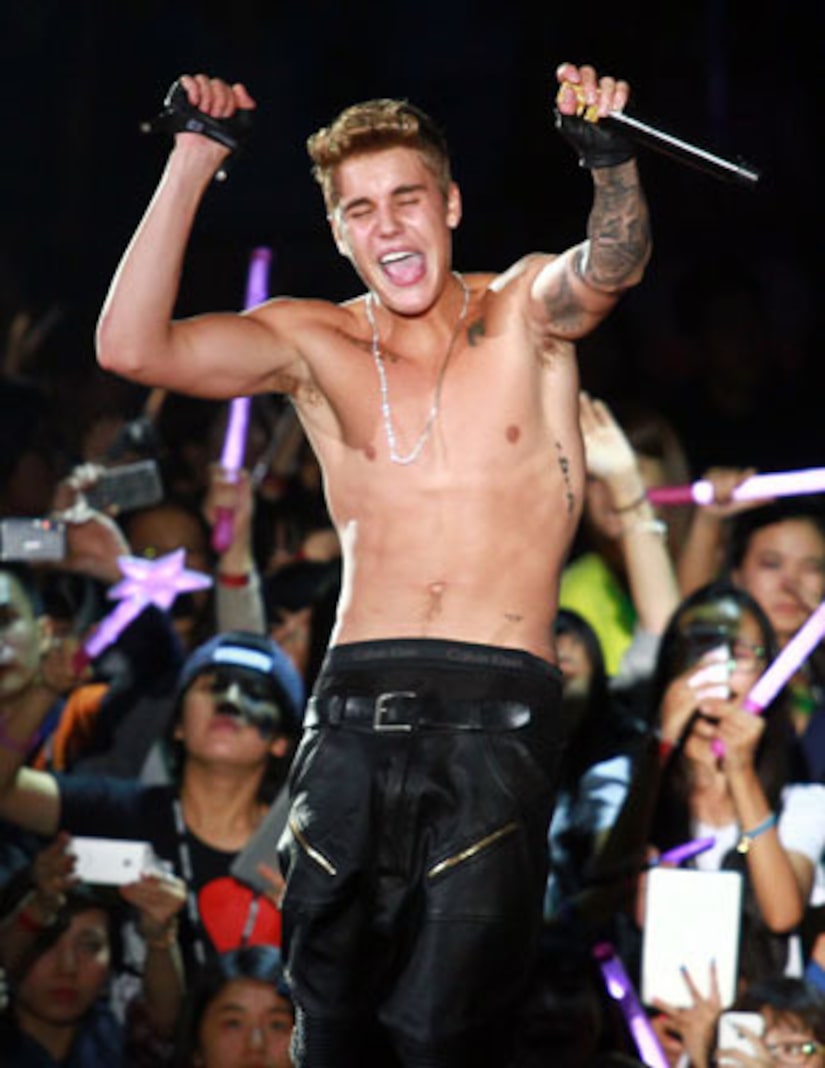 Don't paint “Bielibers 4 life” on the side of a hotel and expect to get away with it in Brazil. That's the tough lesson Justin Bieber is allegedly facing after a supposed wild night of graffiti and vandalism.

The Daily Mail reports that Bieber and his entourage were spotted spray-painting phrases and drawings on a $27-million hotel around 3 AM Tuesday morning. See the pics here.

Authorities tried to track the Biebs down at the private mansion he was renting, but he was already gone. A spokesman for the Rio de Janeiro Police told the paper that the pop prince could face arrest the next time he enters the country.

A scuffle with the paparazzi reportedly ensued. One photographer claimed Bieber's bodyguards ripped off his clothes, and another said bricks were thrown.

Bieber made headlines last weekend when it was rumored that he was spotted at a Brazilian brothel. Sources close to the star told “Extra” that the singer was not at a brothel, but a private club, and Bieber "didn't participate" in anything.