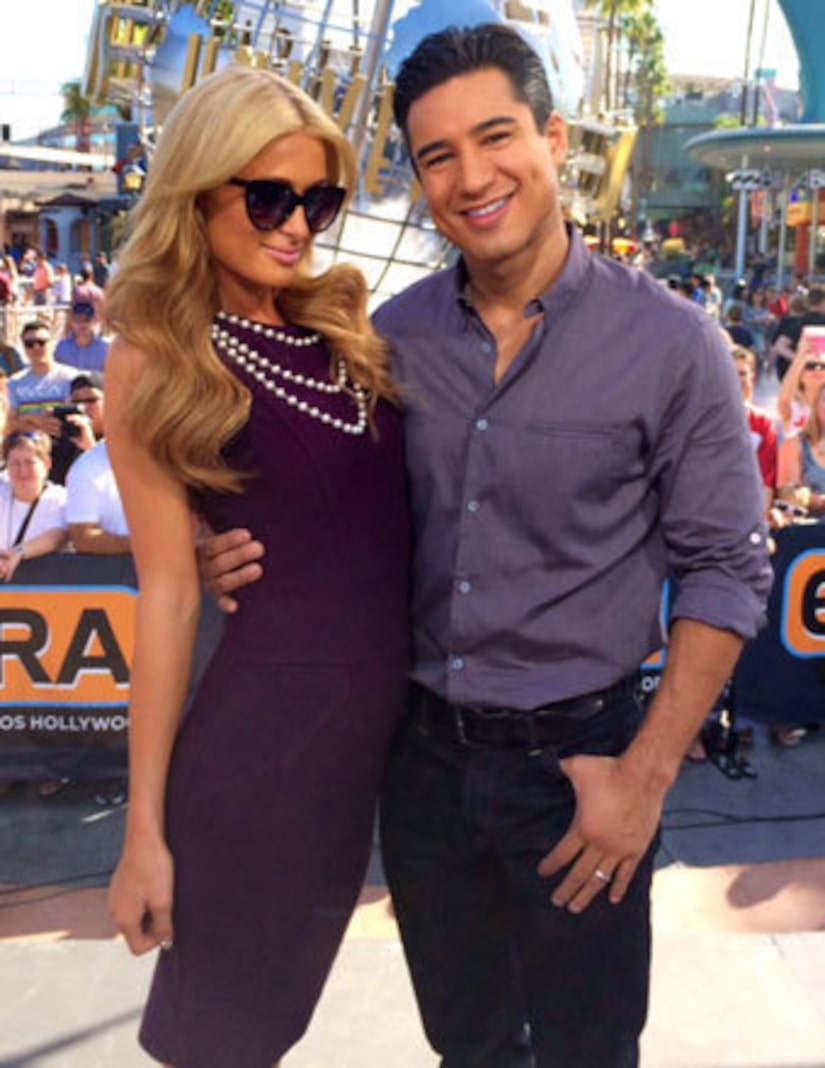 Paris Hilton joined “Extra’s” Mario Lopez at Universal Studios Hollywood to chat about her music career, and opened up about her love life.

Paris set the record straight on a rumor she once dated Michael Jackson. “That’s the craziest rumor I ever heard. I knew him since I was born, my whole life, so I don’t know how they’d come up with that.”

As for her love life now, Paris has been with boyfriend River Viiperi for over a year now. "He is very supportive” she said, and she eventually wants to get married and have a family.

“Right now I’m just way too focused on my work and traveling, so I don’t have time for that yet, but one day I would love that.”

Hilton told Mario she’s excited about her new single, “Good Time,” produced by Afro Jack. “It’s such a fun, happy, upbeat song,” and said the whole album is about her life. “I just talk about everything in my life, the things I go through, all the fun times… It’s a very positive album.”

As for partnering with Cash Money, Paris explained, “I’ve been a friend with Wayne and Birdman for years. I did his music video, and he asked me to play my new songs, and he loved them and asked if I wanted to be part of the label… I love them. They’re so supportive. They’re just total bosses.”

Would she ever do “Dancing with the Stars”? Paris smiled, “I like to dance at clubs, but I couldn’t do a show like that. I’m way too busy. They said they have to do rehearsals like six hours a day, I don’t have the time for that.” She did admit she loves the outfits.