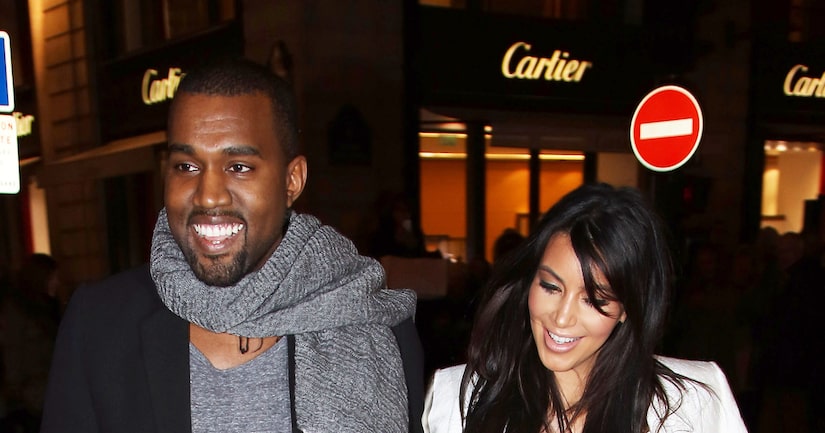 A source told the site that Kanye wants Kim to use high-end brands like Givenchy, Celine and Lanvin as inspiration, rather than Bebe and Sears, where she has affordable fashion collections.

The problem is West supposedly set up meetings for Kim with friends like fashion editor Carine Roitfeld and Givenchy designer Riccardo Tisci, and now he's becoming increasingly involved… turning into a “control freak.”

The insider explained that Kim was “desperate for him to respect her and approve of her,” but “the truth of the matter is that he doesn't think Kim has good style.”

Now, he's supposedly worried that whatever she produces will be a “direct reflection on him.”

“She says she wants to use Nori as her 'muse' and wants to translate her own favorite outfits into ones for the baby,” the source revealed. “So far, it's just all kinds of wrong, and Kanye is constantly correcting her on how to dress Nori.”

At one point, Kim reportedly joked that Kanye should quit music and focus on fashion full-time, but it didn't go over well.

“Nobody, including Kim, speaks to Kanye like that, especially if they don't want to see his temper. Kanye snapped at her over it,” the insider said. “Of course, Kim just backed down after that. And now she's suddenly obsessed with creating minimal, fashion-forward outfits for kids. Which just happens to be exactly Kanye's style.”

The fashion line is expected to launch sometime next year.