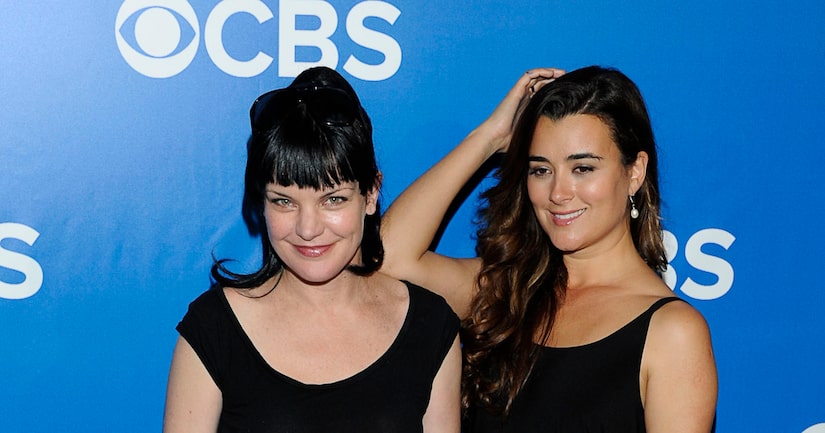 De Pablo is leaving the show after eight seasons. Perrette said, “It's tough, and it's sad, but it is incredible!” Pauley added she’ll miss having another girl around. “I’m the only girl.”

Perrette may not be the only girl for long. Actress Emily Wickersham is joining the cast as Agent Bishop. Pauley explained, “She’s doing an arc on the show… that’s what I’ve heard so far.”

Pauley also talked about the recent shooting tragedy at the D.C. Navy Yard. “We work so closely with the Navy, and I've been wandering around that Navy yard where the shooting was, so many times. It was really horrifying for the entire ‘NCIS’ family.”

The two-part “NCIS” with Ziva's goodbye airs Tuesday on CBS.