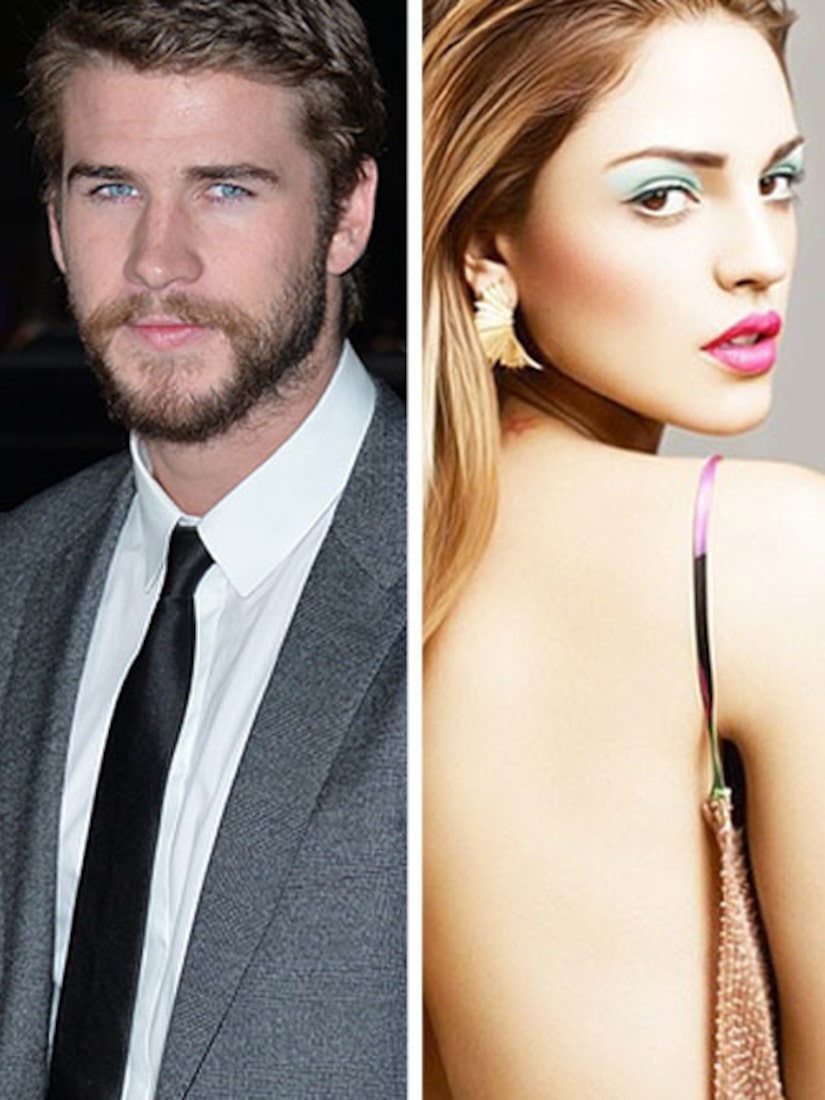 Actor Liam Hemsworth and fiancée Miley Cyrus announced their breakup on Monday, and it seems the “Hunger Games” actor has already moved on with Eiza González.

Hemsworth was caught kissing the singer-actress on camera outside her Beverly Hills home on Tuesday. The 23-year-old hunk had his arms wrapped around Eiza as he went in for the smooch. Check out the pic here.

Rumors about the couple began when Liam was spotted cozying up to Eiza in Las Vegas over the weekend.

Miley seems to be taking it all in stride. The singer has been breaking Vevo records with her new “Wrecking Ball” video and promoting her “Bangerz” album in Europe.

As the two prepare to go their separate ways, it seems Liam is making a peace offering to Miley. RadarOnline.com reports that he offered to let Cyrus keep her 3.5 carat diamond engagement ring, worth approximately $100,000.