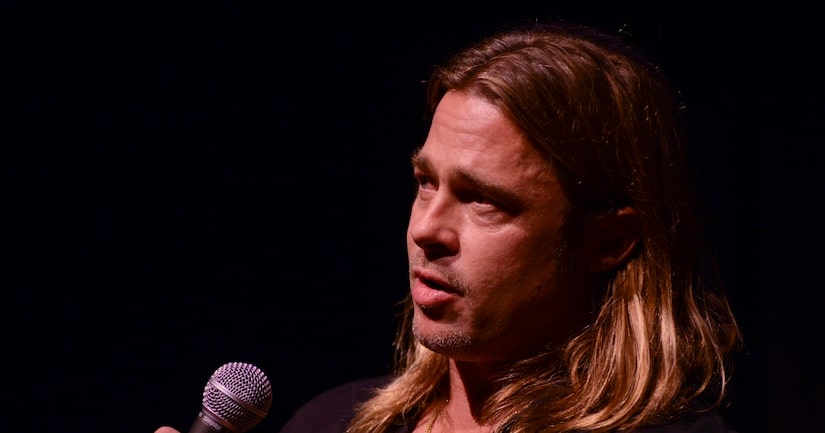 Actor Brad Pitt made a surprise visit to the 40th Telluride Film Festival, showing up after a screening of the film "12 Years a Slave," in which he appears and helped produce.

After the film, Brad took to the stage for a Q&A along with the film's stars; Michael Fassbender, Chiwetel Ejiofor, and Lupita Nyong'o.

Michael talked about working again with British director Steve McQueen on "12 Years," after their collaboration on "Shame" and "Hunger."

Redford spoke about his latest film, "All Is Lost," in which he plays a man who is lost alone at sea.