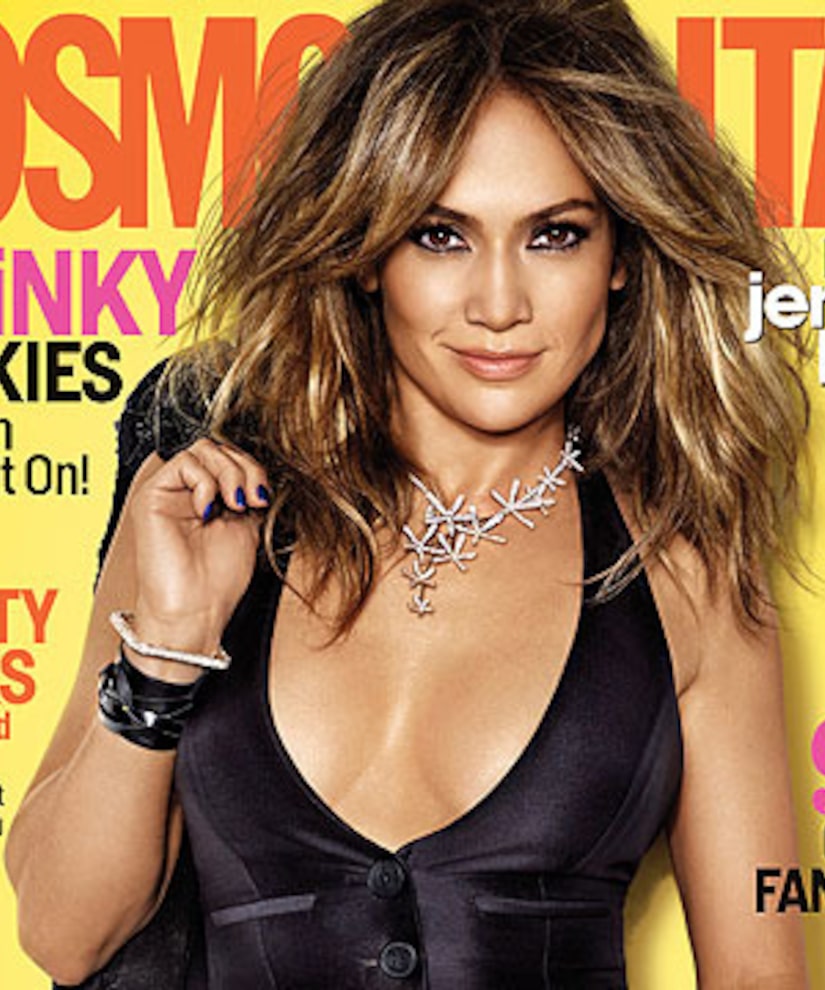 Actress, singer and “American Idol” judge Jennifer Lopez appears on the October cover of Cosmopolitan, discussing how she didn't feel secure with herself until recently, and her relationship with 26-year old boyfriend Beau “Casper” Smart.

Lopez told the magazine she grew more sure of herself after she had her twins. “It was after I had kids to be honest… The biggest insecurity I had was my singing. Even though I had sold 70 million records, there was this feeling like, 'I'm not good at this.' And while I was married to Marc, he helped me get over it. He kept telling me, 'You're the only one holding yourself back from reaching your full potential as a singer. You have to let go'… I was always so insecure and just kind of going along. Then I grew, little by little, and realized, wait a minute, this is not a fluke. I'm not a mistake. I work my ass off. And I know what I'm doing.”

On her relationship with Smart, J.Lo explained, “For me, it's about having a great partner to walk this life with. I have my own high standards for what I want in a partner and how I want to be treated. I bring a lot to the table. I'm not talking about material things but what I have to offer as a person -- love and loyalty and all the things that make a good relationship.” 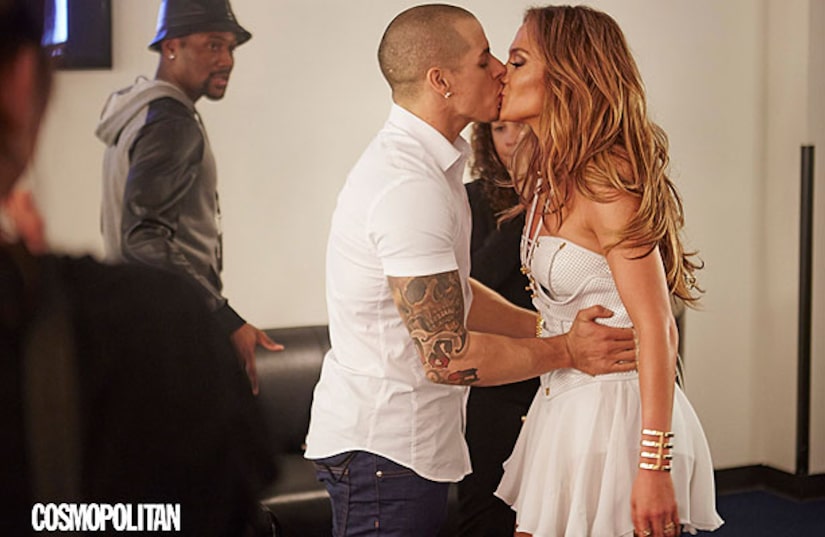 Lopez also admitted for the first time that appearing at the birthday party for the president of Turkmenistan earlier this year was a mistake. “I know that being seen as a role model means taking responsibility for all my actions. I am human, and of course, sometimes I make mistakes. But I promise that when I fall, I get back up. When I am wrong, I will learn the lesson and move on to face other challenges. For me, that's what creating your own life is. Doing your best work while being your best self.”

Read more of her interview at Cosmopolitan.com!