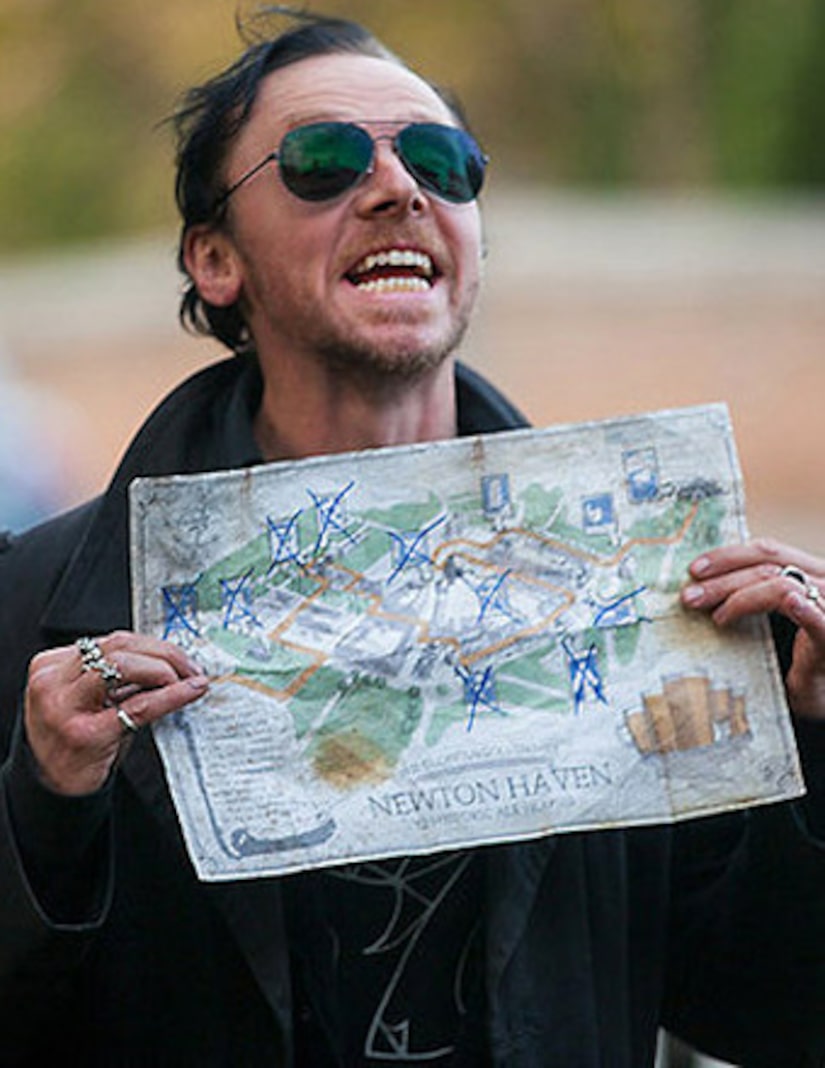 Pub-crawl-turned-robot-invasion movie “The World's End” is based on a true story… the drinking portion at least!

The flick – about a group of friends who reunite to finish the pub crawl they failed at in their youth – pays homage to a “disastrous” night of bar hopping for writer and director Edgar Wright.

“I had already done all my research at 19,” the British filmmaker told "Extra" of preparing to write the script, explaining, “I didn't need to revisit a disastrous night when I tried to drink a pint in every pub in my hometown, which had 15 pubs. I got through six of them.” He added, “I instigated the whole idea so when I flamed out the whole thing stopped, it's not like [the group] went on without me.”

“The other thing that inspired the movie is that later, maybe after “Spaced” and before “Shaun of the Dead,” we attempted it again in my hometown and it went even worse. I was thinking A) I can't take my drink and B) It is pathetic trying to recapture teenage glories, so that really started to be the seed for the script.”

Wright continued, “It gnawed at me and bugged me, the fact that I never finished it, so like literally 20 years later – [the original pub crawl] was in 1993 – we have this movie. So in a very different way, we get to finish it.”

“The World's End” completes Wright's trilogy with Pegg and Frost. The trio, who first worked together on the TV show “Spaced,” went on to make “Shaun of the Dead” and “Hot Fuzz.”

Wright, who will direct “Ant Man” next, plans to work with Pegg and Frost again on something “completely different” in the future.

“The World's End” is in theaters now. Watch the trailer!