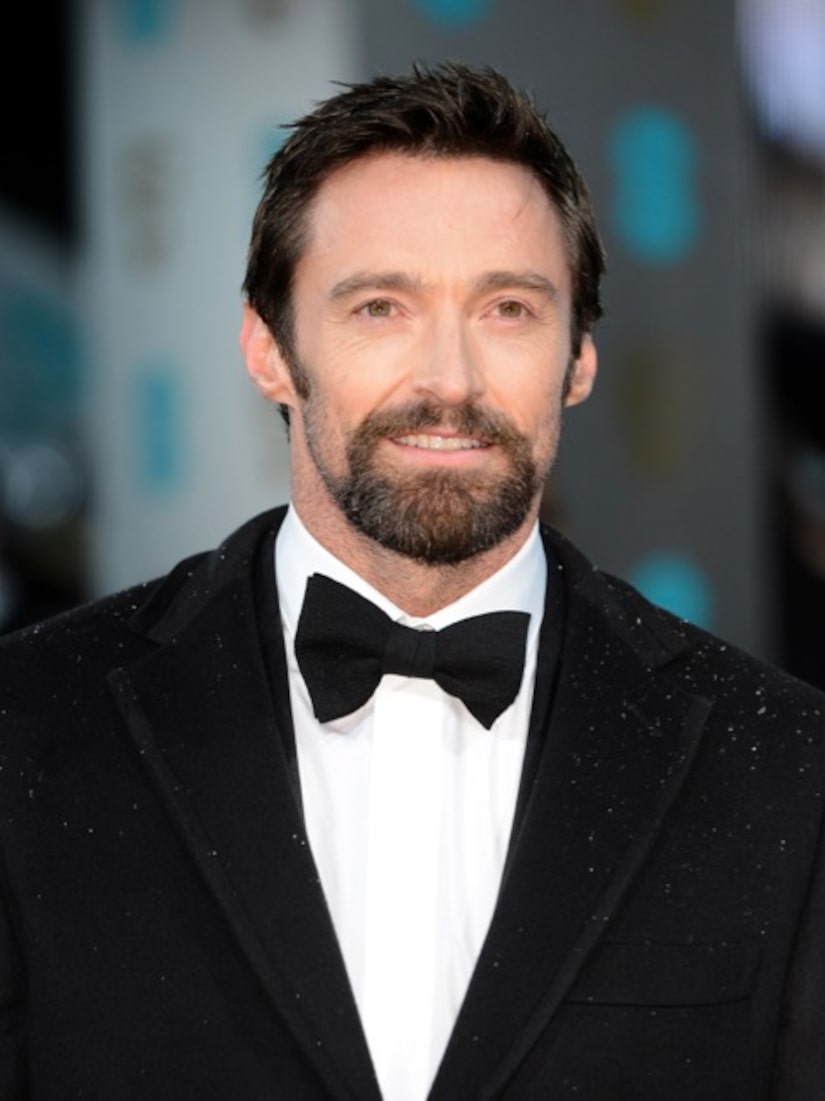 “Extra’s” Hilaria Baldwin sat down with Hugh Jackman to talk about his alleged stalker, how he handles rumors in the media, and his latest film, “The Wolverine.”

Jackman first explained his run-in with the woman who confronted him inside a New York City gym with a razor. “I kept thinking if you walk around with security, weirdly you create a situation where you get more attention... at the same time, when things like that happen and you have a situation when this woman had gone to my daughter’s school, it’s a little bit of a wake-up call, and I wonder if I was being a little bit naïve.”

When asked about how rumors questioning his sexuality affected his family, Hugh said, “My son’s thirteen so he will look up stuff… we have to get there first, I have to talk about it, personally, I don’t read any of that stuff.”

Hugh then revealed to Hilaria which star helped prepare him for his return as Wolverine. “The diet I really got for this film came from Dwayne Johnson, “The Rock.” I rang him and said, 'How do I put on muscle?' He said you got to eat 6,000 calories a day, you’ve got to be training 3 hours a day, two hours in the morning, an hour in the afternoon.”