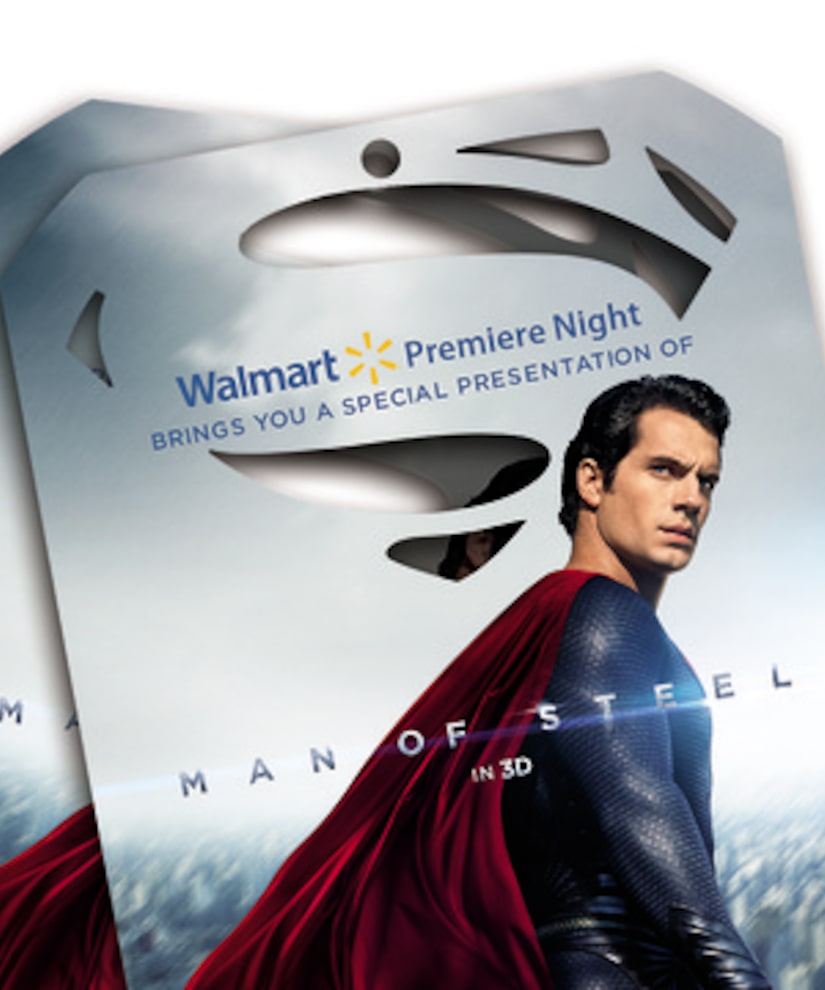 Superman fans, mark your calendars! Walmart announced that it has partnered with Warner Bros. to give its customers exclusive access to see “Man of Steel” in theaters nationwide before the film's official release. This program marks the first time in entertainment history that a studio has partnered with a retailer to provide such an opportunity for fans.

Tickets for the exclusive screening of “Man of Steel” will go on sale in more than 3,700 Walmart stores starting at 8:00 AM on May 18. Customers will be able to purchase up to four tickets per visit, and have the option to choose between 2D or 3D showings, where applicable. The advance screening will take place in selected local theaters nationwide on Thursday, June 13.

Dan Fellman, Warner Bros. President of Domestic Distribution, stated, “We are extremely pleased to partner with Walmart on this unprecedented initiative, which will allow devoted fans to be among the first to see 'Man of Steel.' We know the movie delivers and believe this unique partnership will kick off strong word of mouth that, thanks to the reach and immediacy of social media, will propel moviegoers to theaters nationwide.”

“Man of Steel” director Zack Snyder added, “We have appreciated the unwavering support of the fans, and can't wait to share the movie with them. I am thrilled that Walmart is giving us this terrific opportunity to open the doors early.”