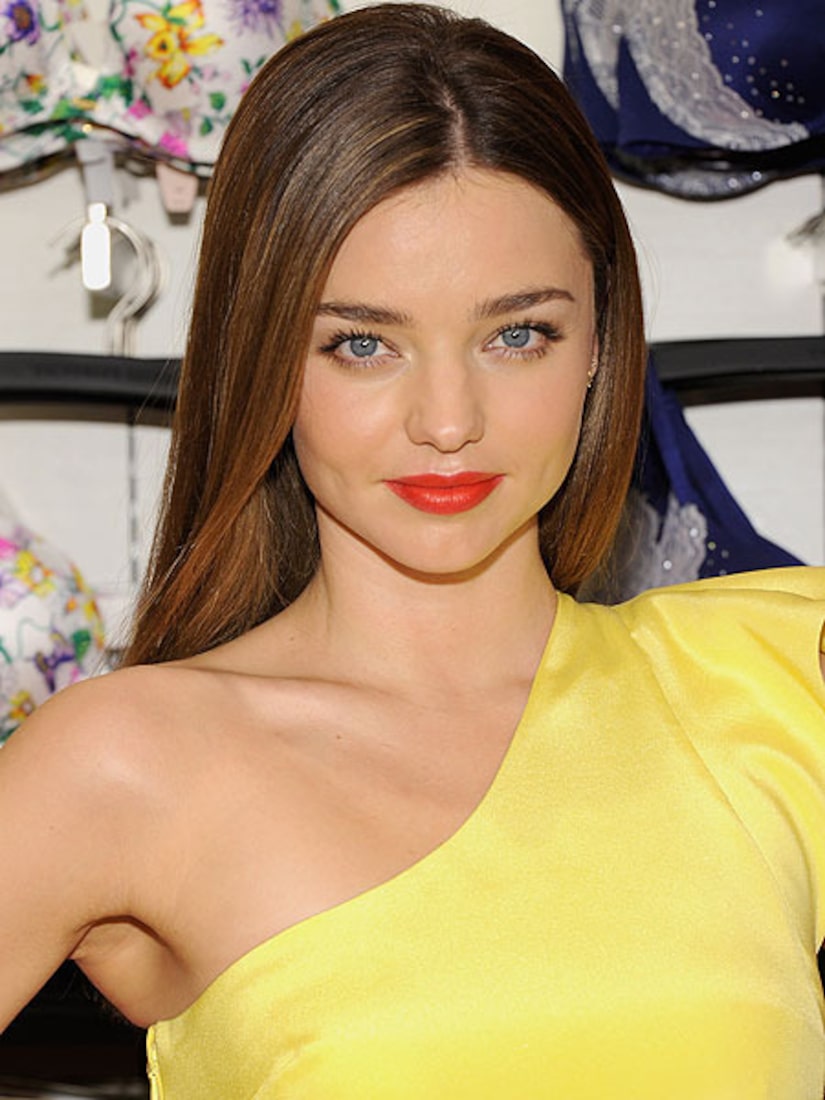 As rumors surfaced this week that model Miranda Kerr was let go from her Victoria's Secret contract for “being difficult,” a new report says Kerr stepped down because of the demanding time commitment.

Sources close to the situation told Page Six that negotiations between the lingerie giant and Kerr fell apart because she couldn't devote three months of the year to promote the sexy VS Angel brand.

The source said, “The problem was the time commitment. Victoria's Secret usually asks the girls who are Angels to commit three months in a particular year to the brand. But Miranda has become a big star -- she recently signed a deal with airline Qantas and has just replaced Kate Moss as the face of Spanish fashion line Mango.”

“While she loves Victoria's Secret, the time commitment they needed from her as an Angel became too much for her to fulfill,” the insider continued. “Exactly the same thing happened with Gisele Bundchen and Heidi Klum -- their careers became huge, and there were other opportunities which made being an Angel full-time impossible.

The source added, “Anyone who says otherwise about Miranda, it's just sour grapes. She is still going to walk in the show this year, and is still committed to the brand, but their relationship is evolving.”

Even Victoria's Secret's chief marketing officer Ed Razek came to Kerr's defense. He said in a statement, “Miranda Kerr is one of the best models in the history of the business -- and easily one of the most popular. She is also a consummate professional. Any rumors to the contrary are simply untrue. We have no plans to stop working with her.” Razek confirmed Kerr will still walk the runway in the 2013 show.

The Australian model has a 2-year-old son, Flynn, with husband Orlando Bloom.