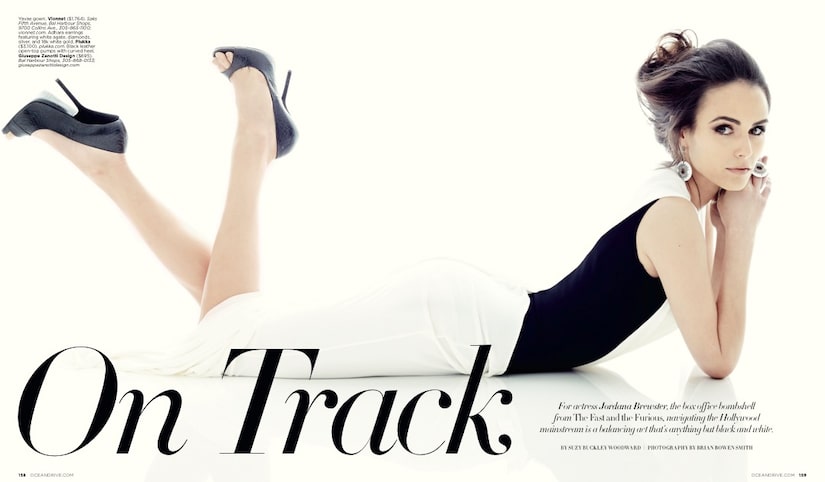 In the latest issue of Ocean Drive magazine, actress Jordana Brewster talked about filming the "Fast & Furious" franchise, her celebrity pet peeves, and what makes a good actor great.

When asked about the dangerous nature of filming "Fast & Furious" films, Brewster said, "I had a stunt double who was really good, but I did do some of my own. Justin Lin (the director) is kind of hardcore. He's from the independent film world and wants the real shot."

She then revealed her biggest peeves about being a celebrity. “I think camera phones are a pain in the a**. Someone will think you're rude if you're just not into taking a picture that day, and then the next thing you know, it ends up on Twitter."

The star touched on her craft, saying, "You need to be willing to let go of self-consciousness -- just leave it at the door. Two years ago, I went to an acting class for comedy because I thought, I don't know how to do that, but I want to know how to do that."

For more, pick up the April issue of Ocean Drive, on newsstands now