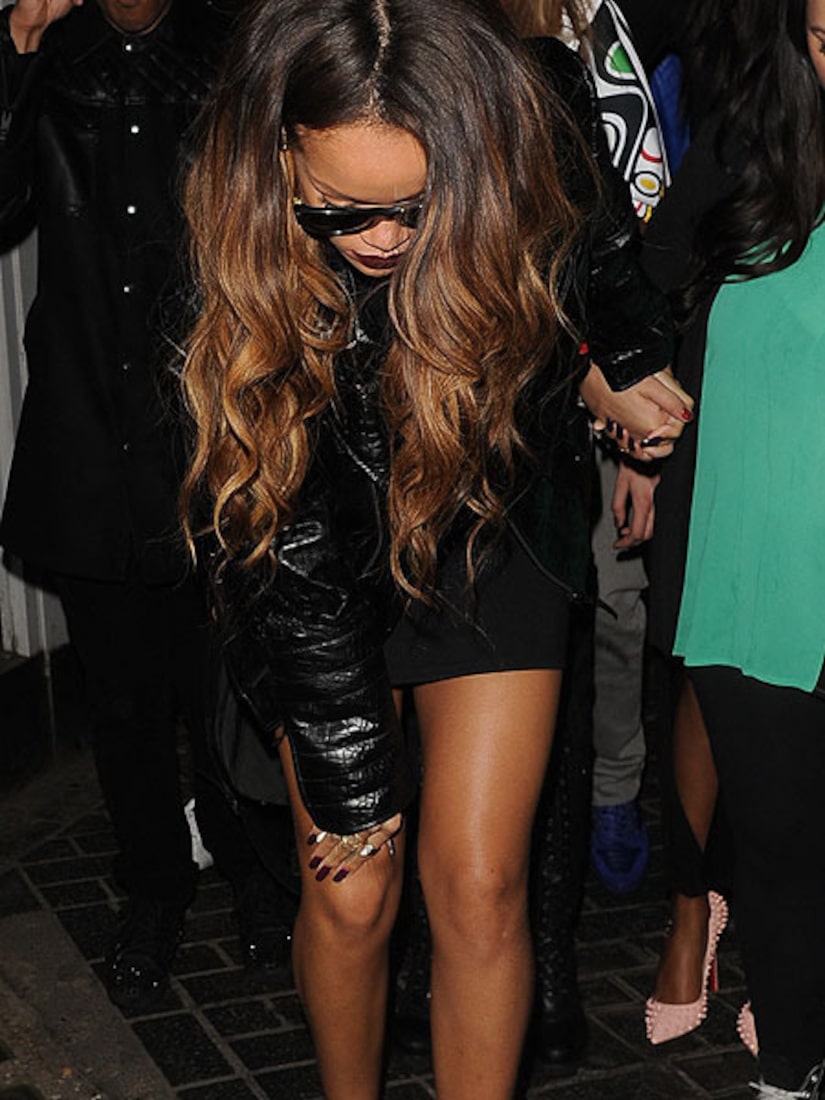 Love her or hate her, singer Rihanna seems to generate controversy wherever she goes.

In London over the weekend, debuting her River Island collection at London Fashion Week, the Bajan songstress was leaving The Box Nightclub when someone threw a bottle in her general direction, reports the NY Daily News.

According to the paper, the male culprit was irate over Rihanna's rekindled romance with rapper Chris Brown. A witness said the man threw a bottle of Lucozade, a British energy drink, which caused Rihanna to fall against a metal shop grate and cut her right knee.

Rihanna wasn't as bothered by this incident as she was the next morning when a UK tabloid headline compared her to Princess Diana.

The “Diamonds” singer posted an Instagram of the newspaper and wrote, “Just so happens I came home drunk to this in a pile of papers outside my hotel room! My lil Bajan behind, never thought these many people would even know my name, now it's next to Princess Diana's on the front of a newspaper!"

RiRi added, "Life can be such a beautiful thing when you let it be #yourejealous."