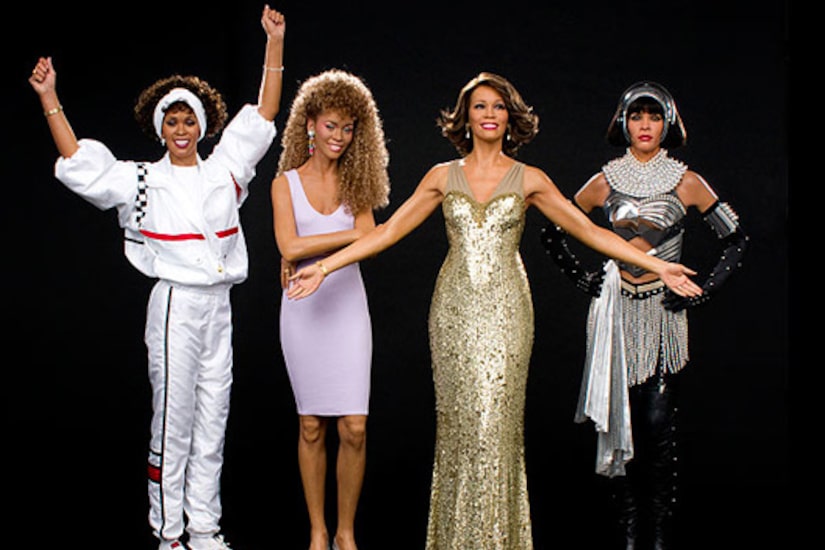 The late Whitney Houston will be appearing across the country, thanks to Madame Tussauds new wax figures. The museum's studio in London didn't recreate just “one moment in time” for the star, but four!

"We were extremely honored when Madame Tussauds approached us about doing four figures of Whitney from different points in her 30-year career," Houston's manager and sister-in-law Pat Houston said in a statement. "This is something we are excited to do for the fans."

A figure of Whitney at the 1991 Super Bowl will be sent to Washington D.C., while her 1992 “Bodyguard” figure will be in Hollywood. The star's 1988 look from “I Wanna Dance with Somebody” is heading to Las Vegas, and a recreation of a 2009 photo shoot will be on display in New York.

Madame Tussauds released a photo of the figures on Wednesday, with plans for an official unveiling on Thursday in NYC.

The one-year anniversary of the Grammy-winning singer's death is February 11th.