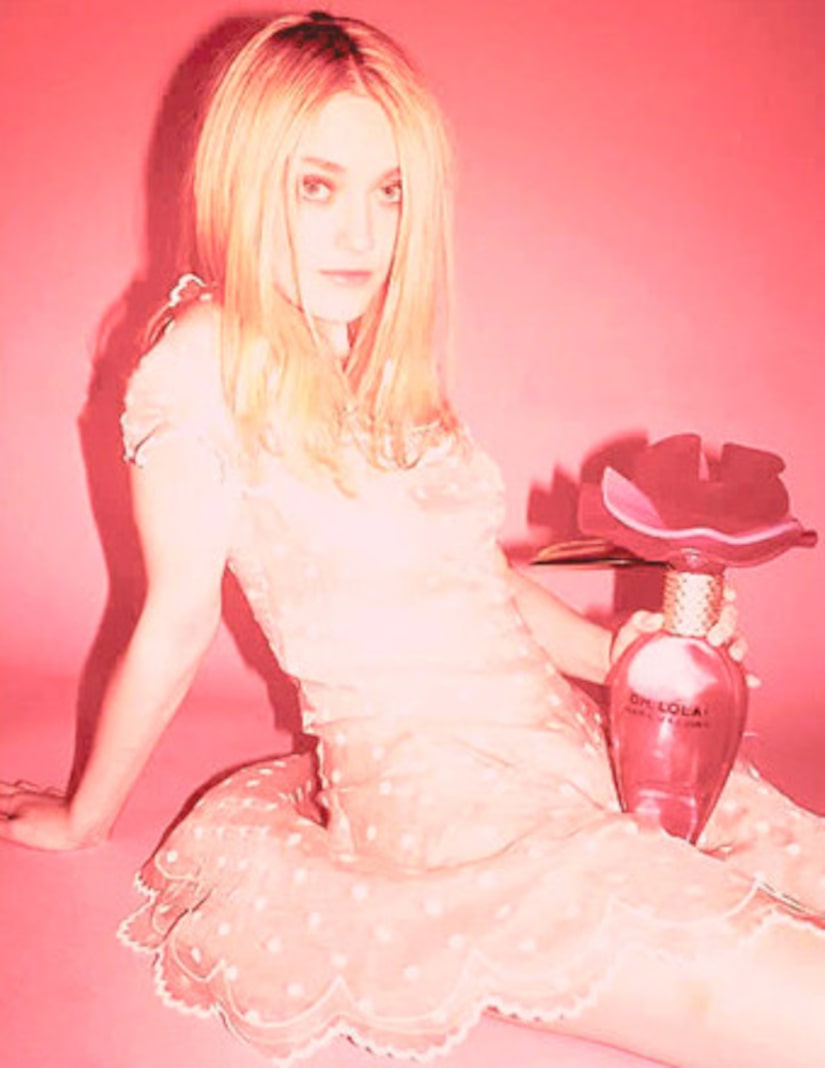 “Very Good Girl” Dakota Fanning once had a Marc Jacobs ad banned in the UK for being too “sexually provocative.” In case you don't remember, it featured Dakota in a pink dress with an Oh Lola perfume bottle propped between her legs.

As she continues to pursue more mature film roles, Fanning, now 19, looks back at the controversy from 2011 and remembers being surprised by the hubbub, but also laughing about it.

She told Glamour magazine, “Yeah, I was [surprised]! If you want to read something into a perfume bottle, then I guess you can. But it's also like, Why are you making it about that, you creep? I love Marc and trust him, and we just laughed about it.”

The UK's Standards in Advertising Authority noted that she looked younger than 17 in the image and that they “considered that the length of her dress, her leg and position of the perfume bottle drew attention to her sexuality.”

Now Fanning is actually going nude onscreen for the first time in the new indie flick, “Very Good Girls.” She told MTV of the coming-of-age film, "I've never done that before and I'm very newly allowed to do that… I was newly 18, so yeah, it was, it's kind of a sensitive thing, but it's a part of life."