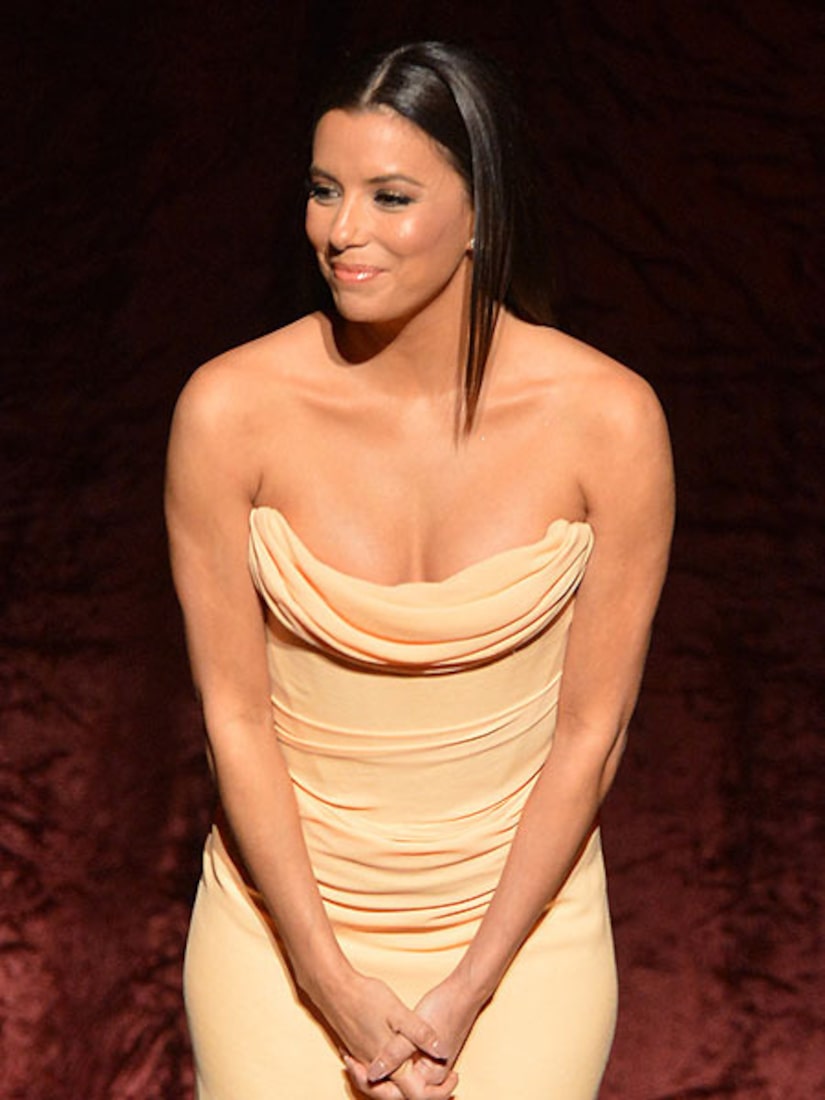 “Extra’s” Mario Lopez chatted backstage with Eva Longoria after she hosted the “Latino Inaugural 2013: In Performance at the Kennedy Center" on Sunday.

Longoria dished with pal Lopez about the most memorable moments of the campaign and inauguration, along with her thoughts about entering politics.

While she has no political aspirations, Eva said, “I’ve had a really great time participating at this level… it just proves to me the power is with the people.”

A highlight for Longoria was watching Vice President Joe Biden be sworn in by Supreme Court Associate Justice Sonia Sotomayor. The actress said she spoke to Sotomayor, and she was both nervous and honored.

Longoria’s favorite moment with President Obama was “hearing him speaking from his heart, talking about his experiences, what he faced, everything that he’s experienced, he’s living the American dream and he’s living example that is attainable.”

As for what the President can do for Latinos in his second term, Longoria hoped, “My key issue that I like to focus on is education, making sure Latinos have equal access to quality education, to make sure they can succeed in any economy because this is a knowledge based economy.”