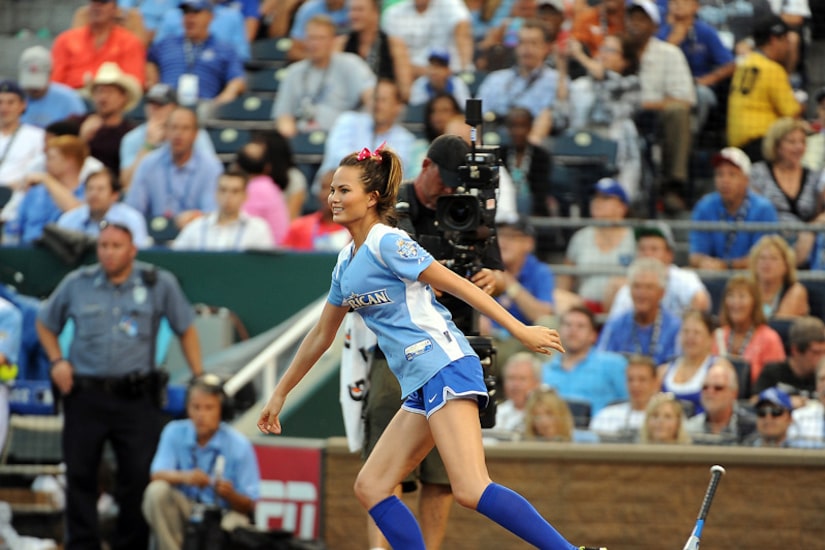 The model posted on Twitter, “tweeting from the field! I can see why people do this for a living now. I suck terribly and it’s still fun. #celebsoftball.”

Chrissy, who is engaged to John Legend, had to keep up with some tough cookies out on the field. She played alongside fellow stars like “American Idol” contestant Haley Reinhart and winner David Cook. “Glee” actor Chord Overstreet even scored a home run.

Catch all the action Tuesday night on FOX.