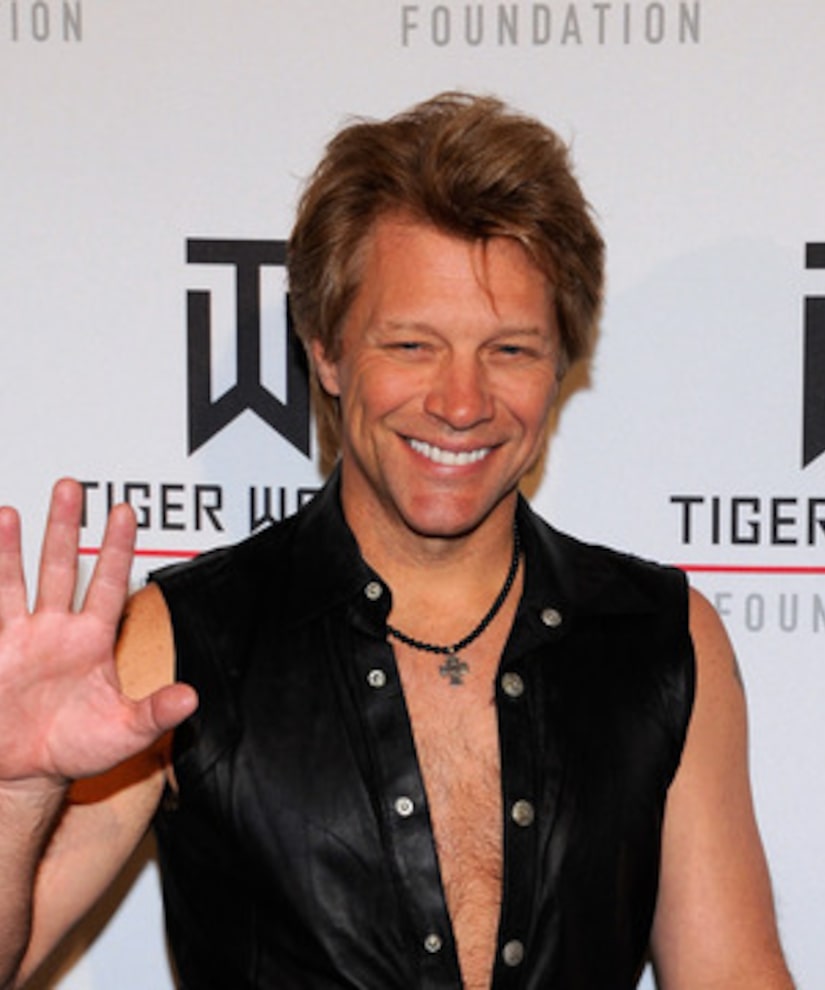 "Extra" met up with musician Jon Bon Jovi at Covenant House's Night of Broadway Stars Gala, where the rock god received the Beacon of Hope Award, and talked about his support for President Obama.

When asked about this year's presidential election, Bon Jovi said, "I'm looking for a position in the cabinet, second term. Secretary of Entertainment… I'm in."

Of Covenant House's efforts to help homeless youth, Jon said, "Their mission is pure and they are doing good work."

The Beacon of Hope Award honored his extensive work in helping the homeless and at-risk teens.