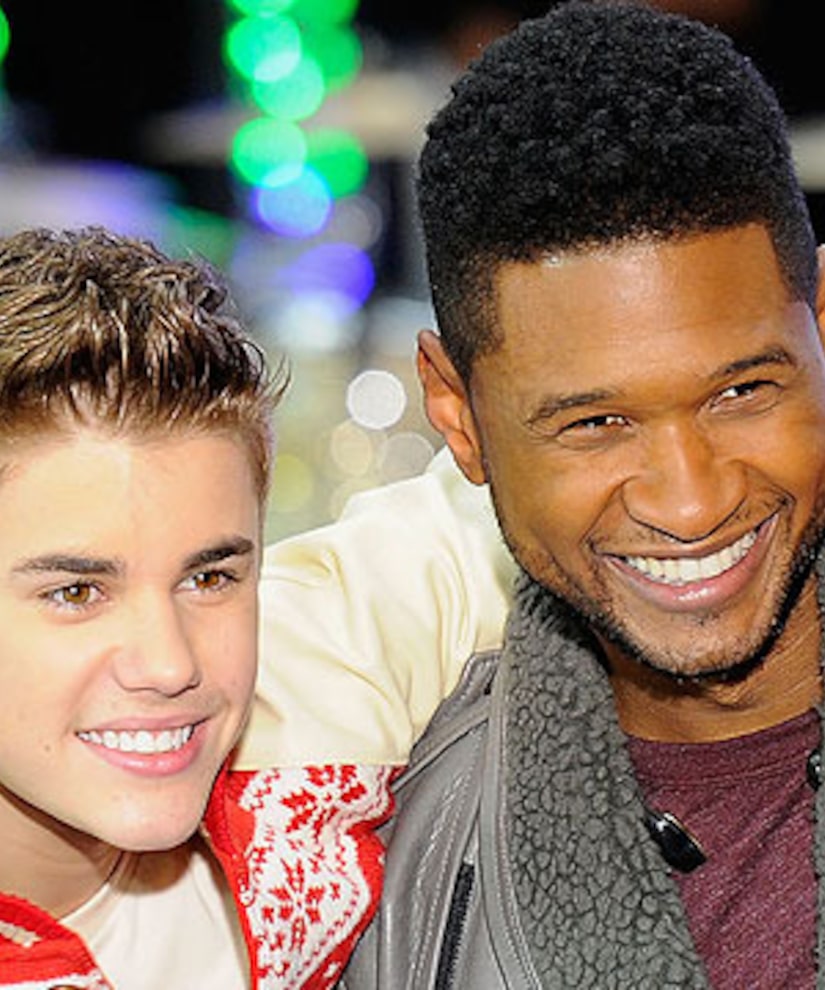 Singer Usher knows a thing or two about dealing with the paparazzi -- and has some sage advice for protégé Justin Bieber, who recently had a run-in with a photographer.

“It comes with the territory, and unfortunately it’s something he has to deal with, but he's been able to kind of manage the process,” Usher told “Extra” correspondent Renee Bargh, who chatted with the R&B singer at the launch of "Dance Central 3" at E3 2012. Usher added, “You're going to be a target, but don't be a victim.”

The “Scream” singer is currently in the middle of a heated custody battle with ex wife Tameka Foster, and told Bargh his experience helped him with his new album, "Looking 4 Myself."

“I really wanted to give you a title that would depict what the process of making it was,” said Usher. “I traveled a lot; I had a lot of personal experiences and things that I pulled from.”