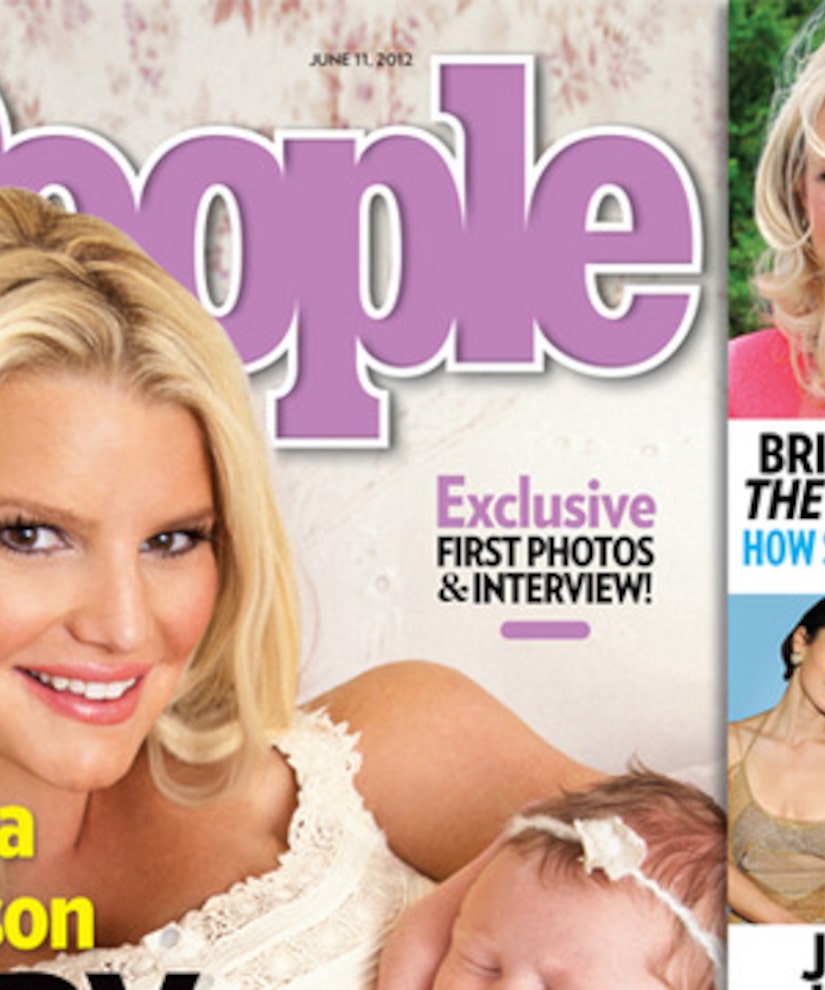 At just a month old, Maxwell Drew Johnson is already a cover girl. The daughter of singer Jessica Simpson and fiancé Eric Johnson makes her big debut this Friday on the cover of People magazine.

Simpson, 31, shares exclusive new photos of her little girl and details about life as a new mom in the latest issue. "From how I sleep to what I think about, Maxwell has definitely taken over everything!"

Aside from the recovery time for her surgery (she had a C-section), Jessica said nursing is now a “full-on job.”

“It's the worst if I have to pump and give Eric a bottle to give her,” the fashion designer said. “I miss holding her and having that closeness.”

The one thing this new mom is not worried about right now is losing the baby weight. After months of tabloid speculation about how much weight she gained during her very public pregnancy, Simpson announced on Wednesday via Twitter her big plans to lose the extra pounds. "So excited to be a part of the @WeightWatchers family!"

People magazine's assistant managing editor Kate Coyne revealed to "Extra" that the "Fashion Star" mentor "would love to feel great in a bikini again, [but] right now Jessica's main goal is just feeling comfortable in her own skin again and wearing any jeans at all."

For now, Jessica and Eric are simply obsessed with their little girl. “We stare at her all the time,” Simpson confessed. “We can't get enough.”

That doesn't mean the couple won't try for more kids down the road. She told People, "when I feel like it's the right time to bring another little one into the family, I will. Having babies back-to-back has to be so hard, but I won't wait too long!"