Two of Hollywood's biggest stars take on the role of an evil queen; Charlize Theron in "Snow White and the Huntsman," and Julia Roberts in "Mirror Mirror." 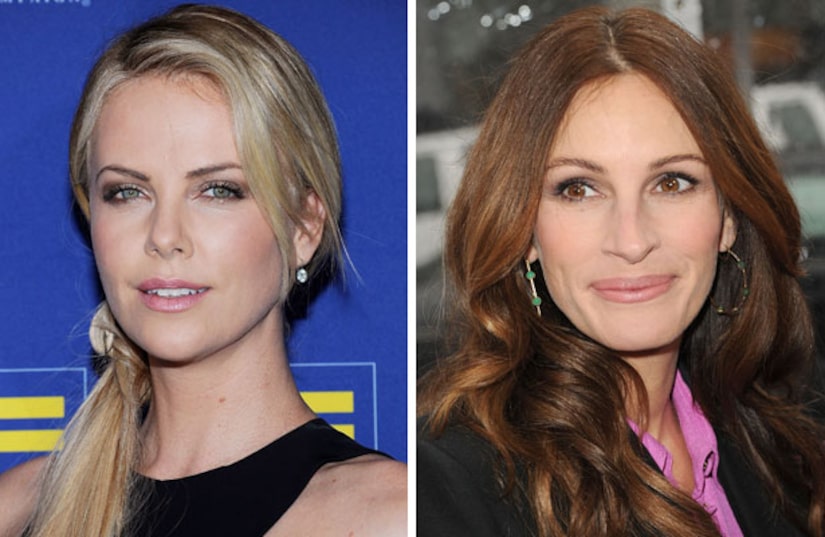 "Extra" caught up with Charlize at Anaheim, Calif.'s WonderCon over the weekend, and she and co-star Kristen Stewart joked about a competition stirring between their film and "Mirror Mirror." Charlize declared, "We are gonna take you down... other 'Snow White' movie!"

Theron turned to Stewart, and laughed, "It's amazing to me, I feel like if we sold some pay-per-view tickets to a fight, of you and Lily [Collins], and Julia [Roberts] and me, like, we can make a lot of money!"

Theron, 36, recently adopted a baby boy named Jackson, and gushed, "It's been exactly what I wanted."

A few cities away, Julia Roberts walked the red carpet at the premiere of "Mirror Mirror" at Grauman's Chinese Theatre on a wet Saturday. Roberts, who looked classic in a black suit, was escorted on the carpet by the film's director, Tarsem Singh. When asked if husband Danny Moder would be jealous, Roberts replied, "No, because Danny and Tarsem are [really close]!" 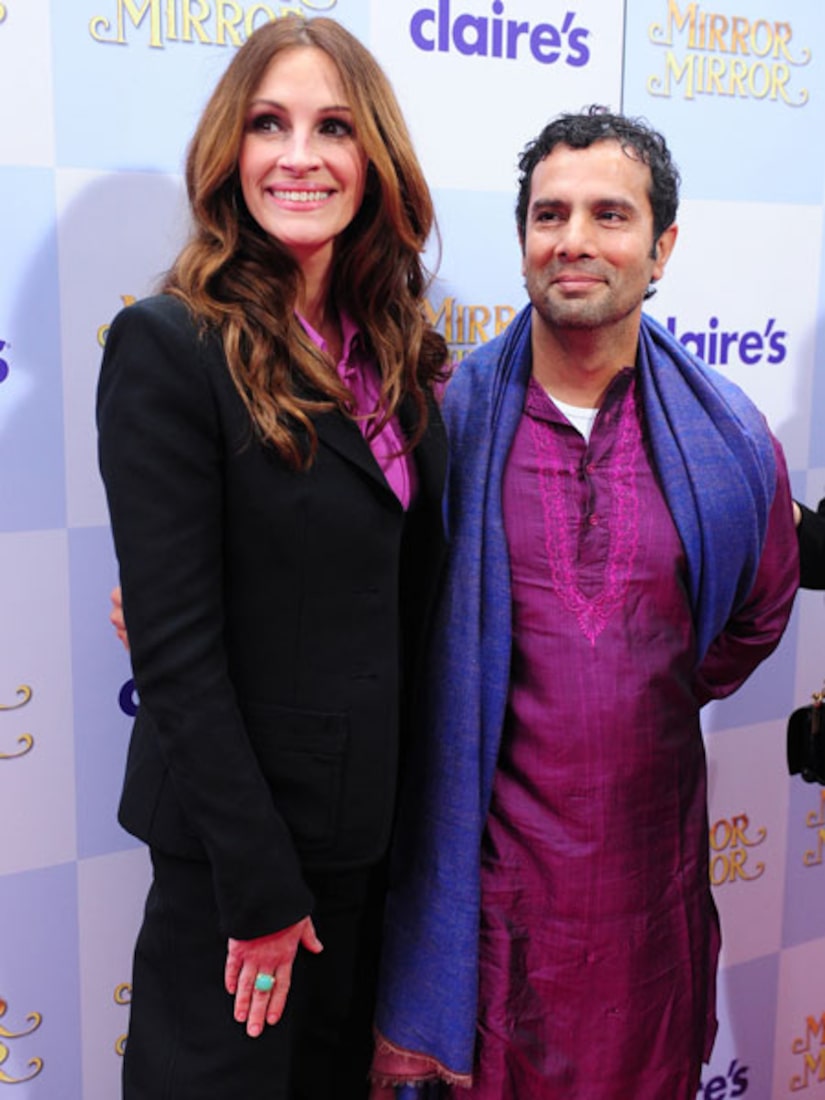 "Mirror Mirror" opens March 30, and the adventure begins for "Snow White and the Huntsman" June 1.