Armed with beer, champagne and vodka, the funny women introduced their film, up for Outstanding Performance by a Cast in a Motion Picture -- and a new SAG Awards drinking game. 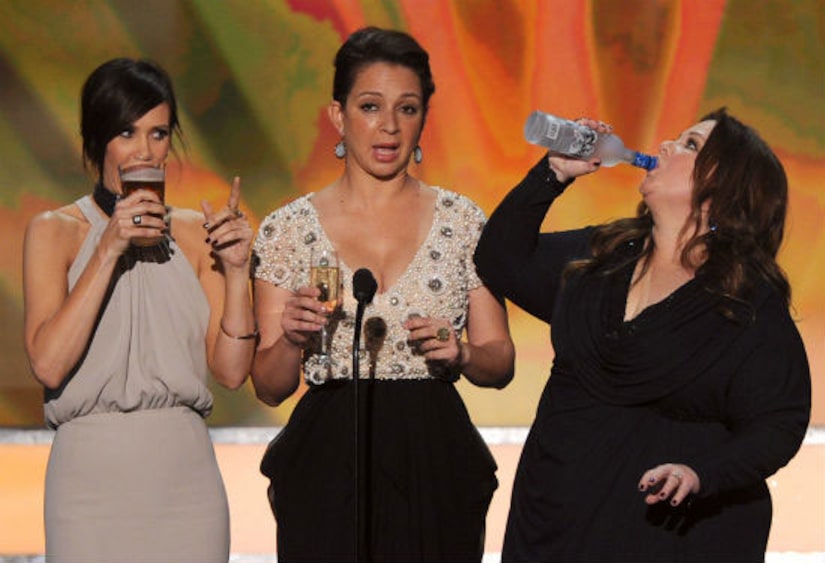 "You have to take a drink every time, and I mean every time, you hear the word 'Scorsese,'" McCarthy explained, toting a bottle of Grey Goose. "You'd be surprised how much that comes up in just casual conversation because people like to throw that thing around."

Steve Buscemi even got in on the action thanking Scorsese, who is the executive producer of "Boardwalk Empire," in his acceptance speech when he won Best Actor in a Drama Series.