Brad Pitt and Angelina Jolie stopped to chat with the red carpet hosts from TNT at the 2012 SAG Awards on Sunday.

Brad, who was nominated for his role in "Moneyball," smiled and said, "It's the nicest year yet." 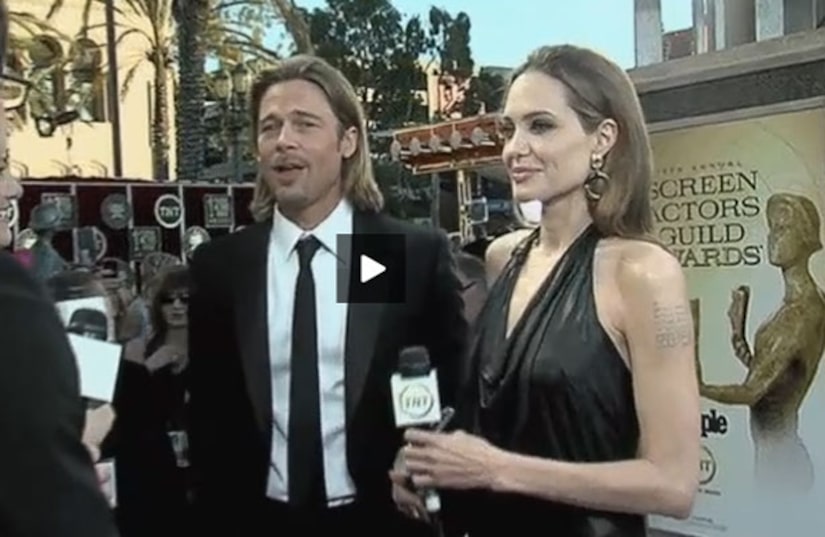 The actor, who portrays Oakland A's general manager Billy Beane, explained the project had "died on the vine several times. People stuck with it, and it worked out in the end."

When asked if he would be open to Angie directing him in a movie, Pitt replied, "It is possible. It makes certain sense, I would love it... yes."

Angelina, who has been in show business since she was a child, recalled getting her SAG card "when I was little, because my brother wouldn't do it."

Brad said, "I think mine was a Pringles commercial. And I like Pringles."

"Extra" also caught up with Mr. Pitt on the red carpet and asked if he was nervous about competing against his good pal George Clooney for a Best Actor award. Pitt answered, "No, no, George Clooney's my friend."

Brad and Angie also spoke with CNN, and addressed their kids pressuring them to get married. Find out what they said!