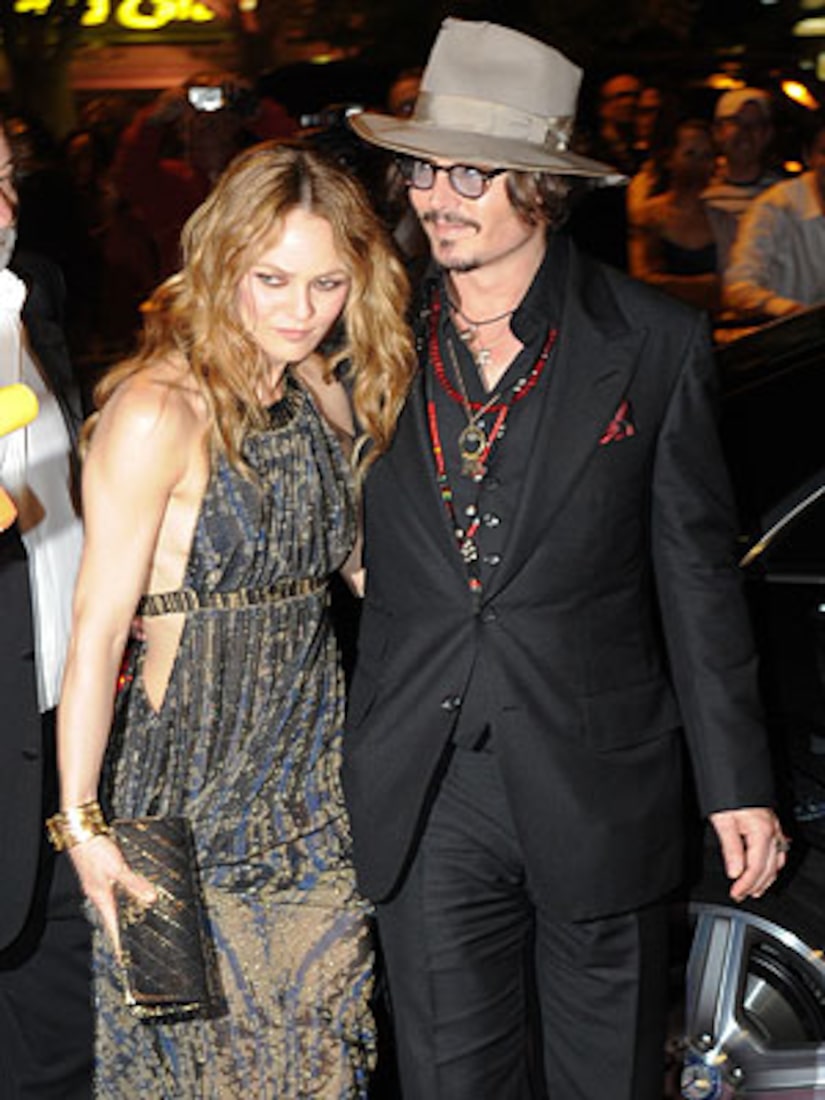 Actress Vanessa Paradis appeared on a French TV talk show to deny she has split with longtime beau Johnny Depp.