Actress Sharon Stone graces the February/March cover of AARP magazine, speaking candidly about a decade of personal struggle, from the brain hemorrhage that nearly killed her, to coping with miscarriages, and her painful divorce and custody battle with ex-husband Phil Bronstein. 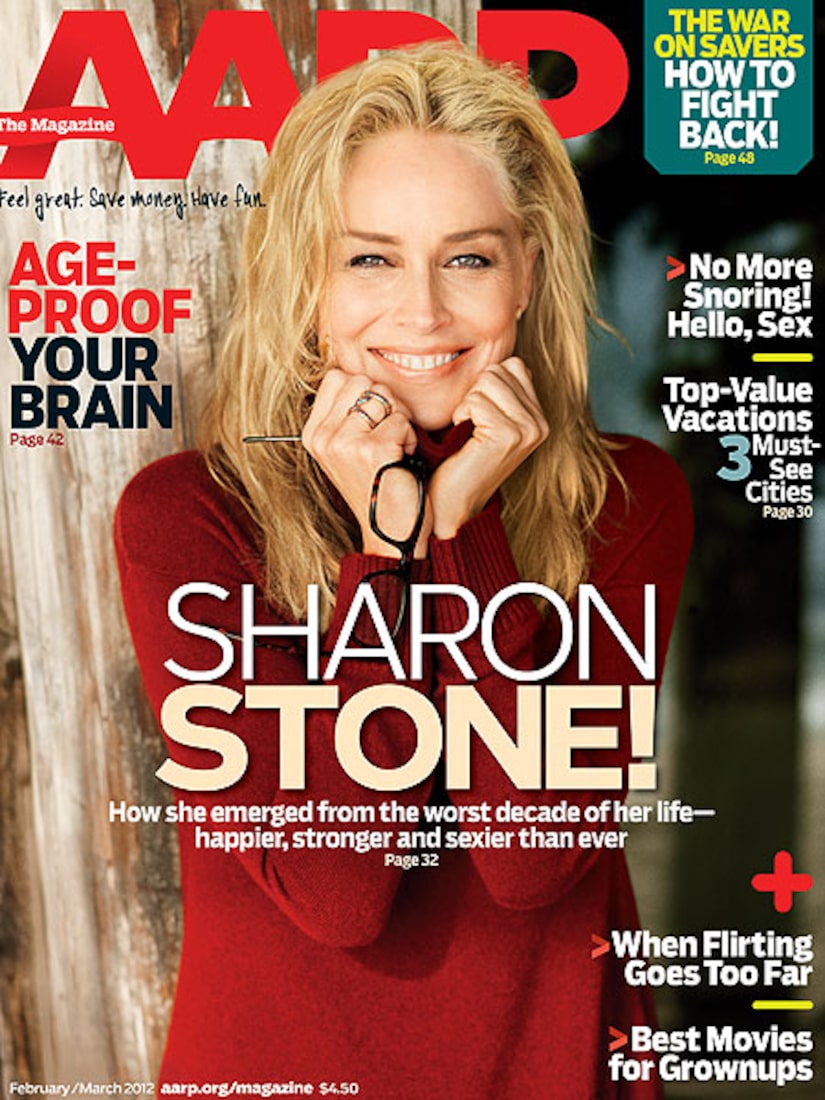 On her brain hemorrhage, the 53-year-old Stone explained, "I came out of the hospital with short- and long-term memory loss. My lower left leg was numb. I couldn't hear out of my right ear. The side of my face was falling down. I thought, 'I'll never be pretty again. Who's going to want to be around me?'"

Over the past dozen years, she also suffered two miscarriages, which led her and Bronstein to adopt Roan, now 11. "The last time I lost the baby, I went into 36 hours of labor. While we were at the hospital, our adoption attorney called. I thought, 'This is such a godsend. This is so right.' I always thought I would adopt. Even when I was young, I used to look up how to adopt."

A bitter divorce from Bronstein in 2004, however, delivered another blow when Stone lost a custody battle for Roan.

But out of it came her choice to adopt her two more boys; Laird, 6, and Quinn, 5. Stone gushed, "I'm loving raising my kids. Quinn is in junior kindergarten, and he's very exclamatory! Like a little FBI agent, he tells you everything that's happening, so I call him Agent Quinn. 'Mom! Toots pooped in the yard!' 'Thank you, Agent Quinn.' I've made humanitarian causes and my children much more my priority than the Hollywood scene, being liked and getting movie parts."

Read the full interview at AARP.org! Stone will be honored with a Lifetime Achievement Award at AARP The Magazine's 11th Annual Movies for Grownups Awards Gala on February 6.