The talent mogul revealed his pick for the $5-million "X Factor" winner. "Melanie. I really feel it, yeah." Cowell also revealed Justin Bieber will make an appearance and sing a duet with two of the finalists. 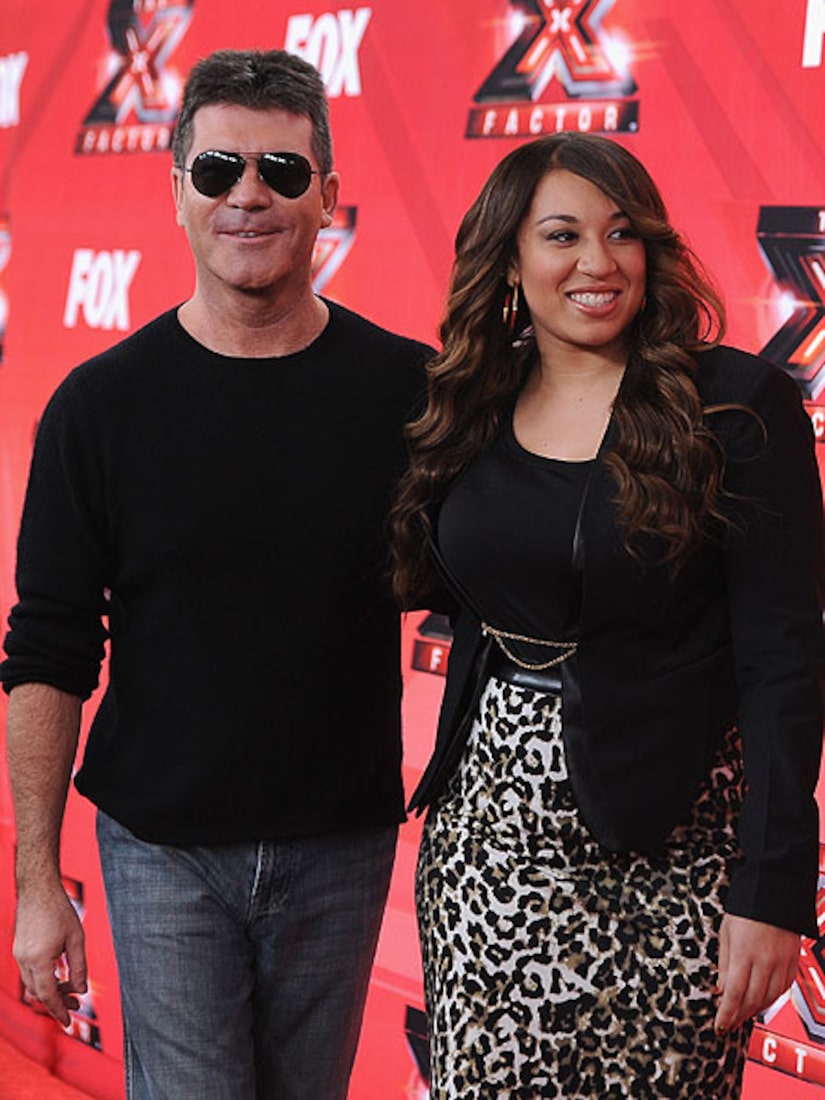 Terri asked how fellow judge Nicole Scherzinger has been handling the booing from the crowd after the Rachel Crowe debacle. Cowell replied, "I said to her, 'It makes it more interesting,' you know? It's better than nothing. I think secretly, she quite liked it."

Seymour also questioned Simon about his Barbara Walters' "Most Fascinating People" interview about the sexual tension he said he felt with Paula Abdul. Terri inquired, "Do you think you two will ever get together?" Cowell scoffed, "Oh, don't be ridiculous!"

In other big Simon news, the executive producer addressed radio giant Howard Stern joining his other show, "America's Got Talent," and said he believes Stern will shake things up... in a good way. "The most important thing is, he thinks he can do a better job than the team before, and find a star... which is good for me."

The show will move production to NYC from L.A., and Simon dished, "We had to, and I think it's going to give it a different kind of flavor. I think the whole show needs to get younger, needs cooler acts, needs to refresh itself."