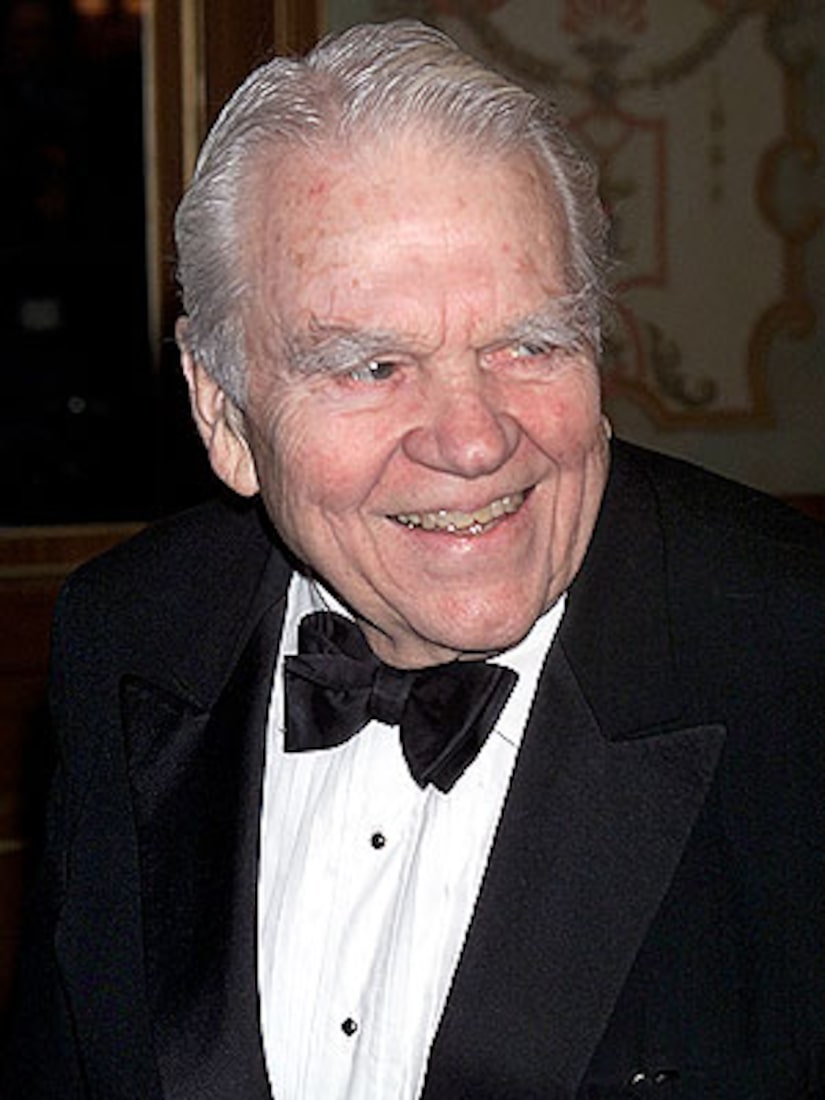 After retiring from his 33 years on "60 Minutes" just last month, TV writer Andy Rooney died Friday night in a New York City hospital. He was 92.

Rooney was hospitalized after developing serious complications after minor surgery. Two weeks before his hospitalization, Rooney taped his final show on October 2, delivering his 1,097th televised commentary. He appeared on the CBS show from 1978 to 2011.

"Andy always said he wanted to work until the day he died, and he managed to do it, save the last few weeks in the hospital," said his "60 Minutes" colleague, correspondent Steve Kroft.

On the long-running show, Andy typically addressed satire on trivial, everyday issues, such as the cost of groceries, annoying relatives, or why flying is unpleasant. The TV veteran won four Emmys, including a piece on whether there is a real Mrs. Smith, who made Mrs. Smith's pies. As it turned out, there was no Mrs. Smith.

Rooney began his career in newspapers while in the Army and in 1942 he began writing for Stars and Stripes in London during World War II.

Andy was a freelance writer in 1949 when he ran into CBS radio star Arthur Godfrey in an elevator and bluntly told him how his show could improve with better writing. Godfrey hired him four years later and when he made his move to TV, Rooney was his only writer.

Rooney ended up leaving CBS in 1970 when they refused to air his heated essay about the Vietnam War. He appeared on TV for the first time on PBS -- reading the piece and winning a Writers Guild of America Award for it.

Andy's wry style and direct attitude sometimes landed him in hot water. CBS suspended him in 1990 for making racist remarks during an interview -- which he denied. He ticked off gay rights groups during the AIDS epidemic when he spoke of homosexual unions, saying, "many of the ills which kill us are self-induced." Native Americans were upset when Rooney suggested they weren't doing enough to help their own people.

Rooney strongly opposed the war in Iraq and after the fall of Baghdad in 2003, he pointed out that he never regretted his "60 Minutes" commentaries on the war. At the time, Andy said, "I'm in a position of feeling secure enough so that I can say what I think is right and if so many people think it's wrong that I get fired, well, I've got enough to eat."

Andrew Aitken Rooney was born in Albany, New York on January 14 to Walter Scott Rooney and Ellinor Rooney. He attended The Albany Academy and later attended Colgate University in Hamilton in Upstate New York, and was drafted into the U.S. Army in 1941.

Rooney and his wife, Marguerite, were married for 62 years before she died of heart failure in 2004. They had four children together -- daughter Emily Rooney is a former executive producer for ABC's "World News Tonight," and son Brian Rooney is a longtime ABC correspondent. Emily's twin, Martha, is Chief of the Public Services Division at the National Library of Medicine in Bethesda, Maryland and Rooney's third daughter, Ellen, is a photographer based in London.

Services will be private, and CBS will most likely hold a public memorial later, according to Brian Rooney.