As the involuntary manslaughter trial against Michael Jackson's doctor, Conrad Murray, draws to a close, the defense called their last witness Friday... an expert who says Jackson likely injected himself with a fatal dose of propofol after popping sedatives without his doctor's knowledge.

Dr. Paul White said that the self-administration theory explains the levels of propofol and Lorazepam found in Jackson's system at the time of his death. 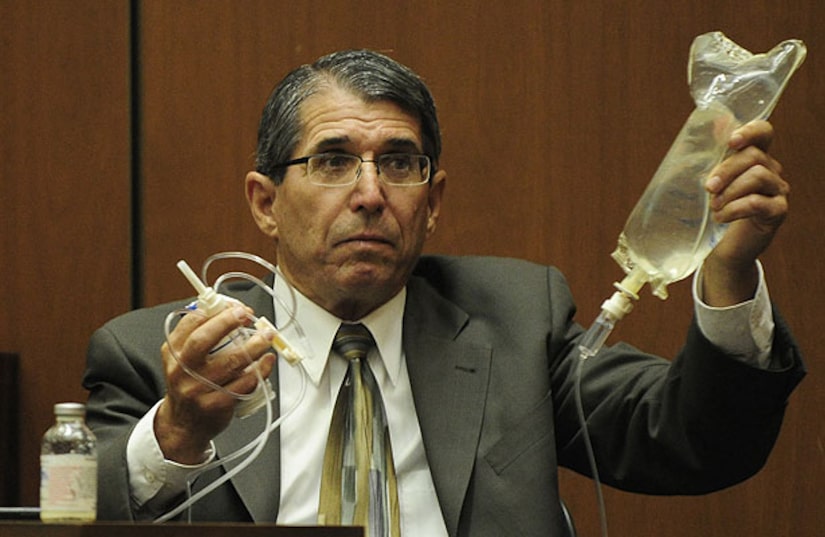 "With the administration of the additional 25 milligrams that we're speculating was self-injected by Mr. Jackson, the level increases rapidly and at the time of death would be almost identical to the level found in the urine at autopsy," White testified.

Using a mathematical model, White also said Jackson could have swallowed eight Lorazepam tablets earlier in the night, which matches with the amount of the sedative found in his blood at autopsy. "The combination effect is potentially profound," White said of the two drugs.

An expert for the prosecution testified last week he believed Jackson died after Murray left him on an intravenous drip of propofol for a number of hours.

But White said there was no physical evidence at the scene to support the prosecution scenario and it did not reconcile with Murray's statements about the amount of drugs he gave Jackson that night.

Prosecution experts will cross-examine White on Monday as the five-week trial enters its closing stages.