Singer/actor Justin Timberlake arrived to find an excited crowd at the premiere of his new movie, "In Time," co-starring Amanda Seyfried and Olivia Wilde. Timberlake, thankful for his loyal fans, said, "I can't believe they come out and are so supportive. I saw, like, pictures of me in 'N Sync and it's like wow. It makes me feel so old." 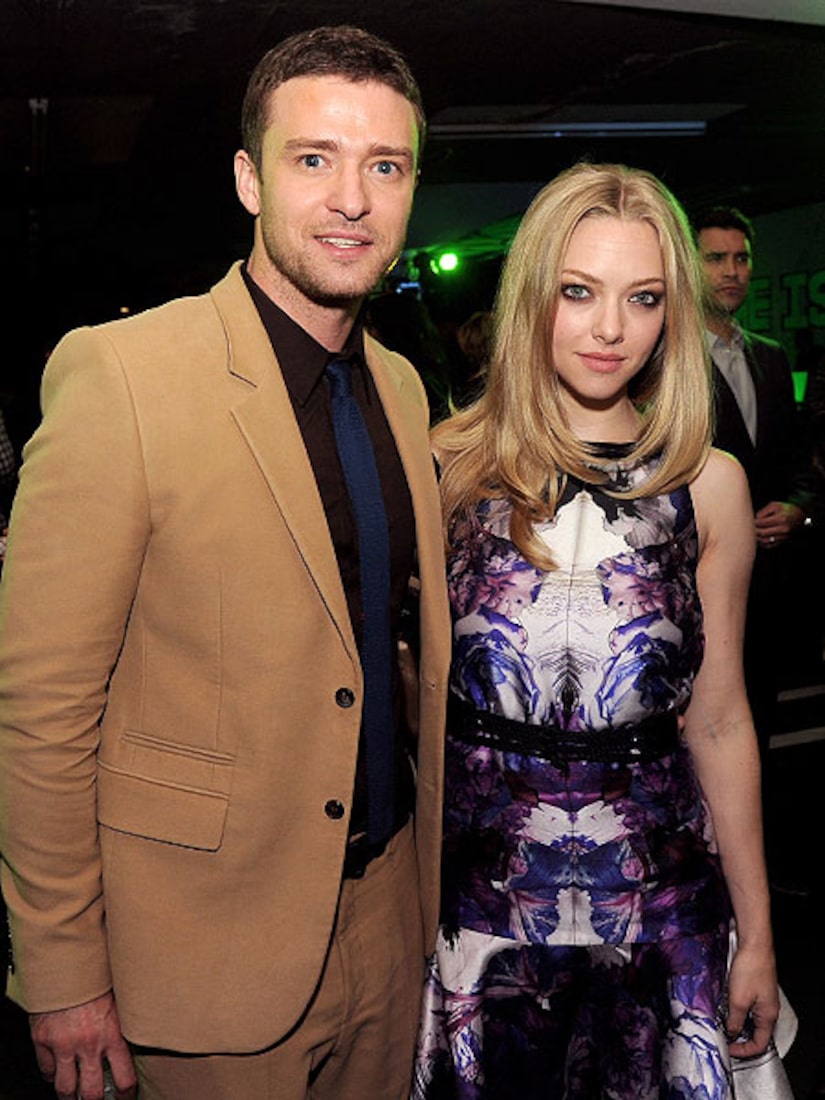 The 30-year-old stars in the sci-fi thriller about the future, where everyone stops aging at 25, and must work to buy more time. Ironically, the sultry Olivia Wilde plays Timberlake's mother, even though she is three years younger than he is.

Amanda Seyfried switched her blonde locks for a darker 'do for her role as Sylvia Weis. When asked if there was any singing going on with Justin on set, the actress, who starred in 2008's musical-turned-movie, "Mamma Mia!" replied, "No, not really. I can't compete with that!" She added, "I sing to myself... he [Timberlake] sings to everyone."

What Wheldon Said About Timberlake to "Extra" Last Week