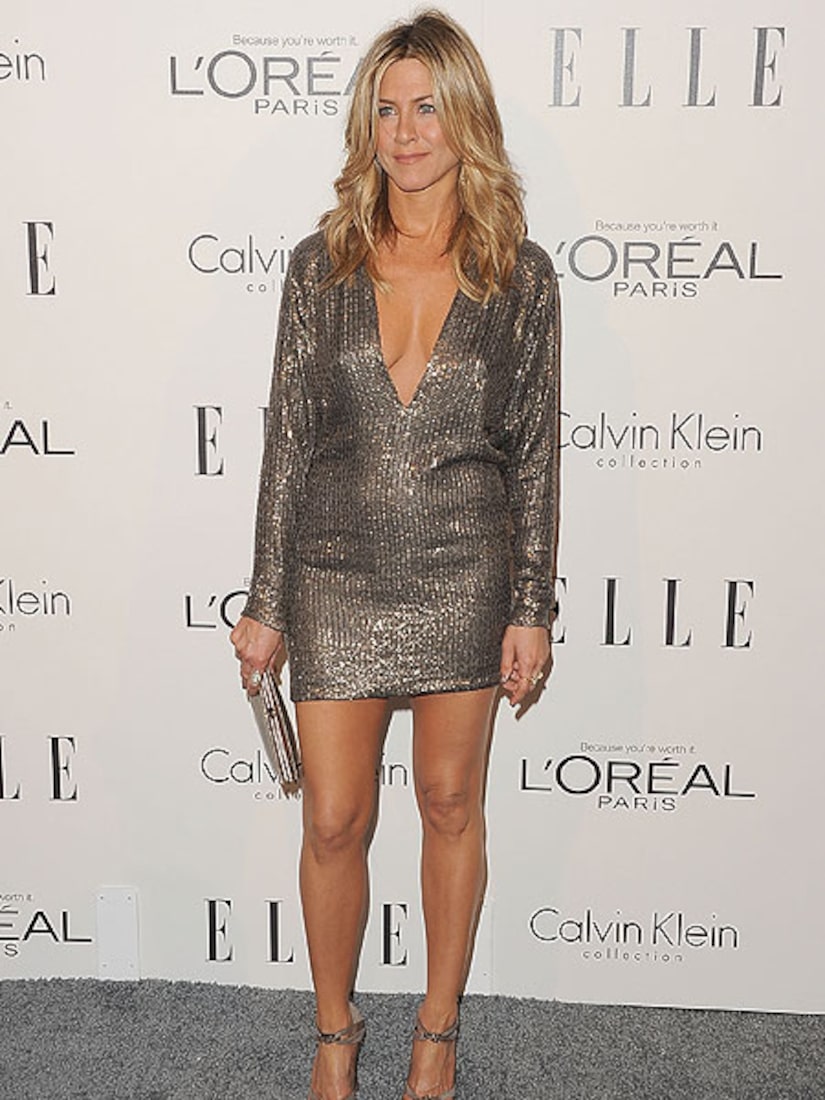 Arriving solo to the red carpet, Jen Aniston ditched her usual LBD for a playful, gold low-cut Kaufmanfranco number and chatted it up with pal Reese Witherspoon and boyfriend Justin Theroux inside the event.

Reese, who was hit by a car while jogging last month, told "Extra's" Terri Seymour she was "feeling great!" Witherspoon, who was set to present Aniston with an award, recalled how they first met. "We worked together a while ago on 'Friends.' I played her sister, and that was a really super fun experience for me."

Blond bombshell Katherine Heigl could hardly contain her excitement for her new film, "One for the Money," saying, "[The movie] is all based on these novels that have been around for 20 years now -- these Janet Evanovich books that I'm a really big fan of, and [the] fans are very particular!"

Funnyman Joel McHale summed it up when he revealed what he loves most about women in Hollywood: "Their bodies!"