At the premiere of her new film, "Fireflies in the Garden," Julia Roberts walked the red carpet without her husband -- the film's director of photography, Danny Moder. Roberts explained Moder's absence for most of her red carpet events, saying, "We made a pact long, long ago. He's just not that type of person."

The actress added, "Well, there could be a couple of conditions that we would [walk the red carpet], but they're like, very rare El Nino-type conditions."

"Extra's" Jerry Penacoli asked, "When you see your own film, do you see it as a fan or do you critique yourself?" The star replied, "My on-screen time [in this film] is so small that I enjoy it as a film as opposed to feeling like, 'Why am I doing that?'" 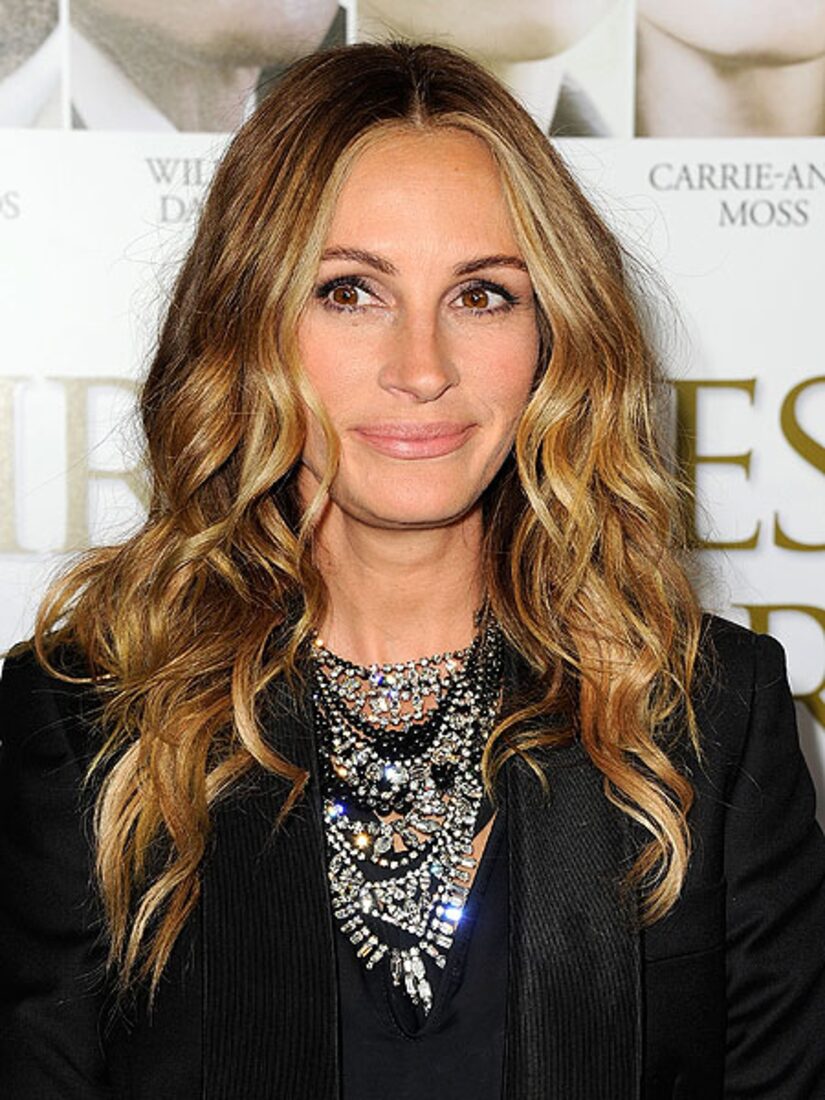 Roberts also talked about her upcoming film, "Snow White," in which she plays the Evil Queen. She said the queen's dress was "massive." The gown, which needed 14 people to carry it ("Well each one, one after another... there wasn't just one), was "like an architecture. I was wearing buildings."

Julia, 43, looked fabulous in an all-black number with a tuxedo jacket and made a comment directed at "Extra's" cameraman, saying, "I love the shameless pan down to my feet and then back up to my head!" Penacoli pointed out, "Why not? Listen, when you got it like you got it, we might as well show it!"

Roberts laughed and said, "Thanks to my mama!"

"Fireflies in the Garden" flutters into theaters Friday.