Singer Kelly Clarkson talked to "Extra's" Terri Seymour about her new album, love, and the tribulations of being a pop star in today's culture.

The singer revealed, "I like a funny guy. I need somebody that's got their own thing going on... independent, who isn't clingy." Clarkson added, "The clingers, man, it's like they're attracted to me... it's bad."

The "Breakaway" songstress described her 5th album, "Stronger," as "overcoming hurdles, obstacles in life... getting past it and moving on." 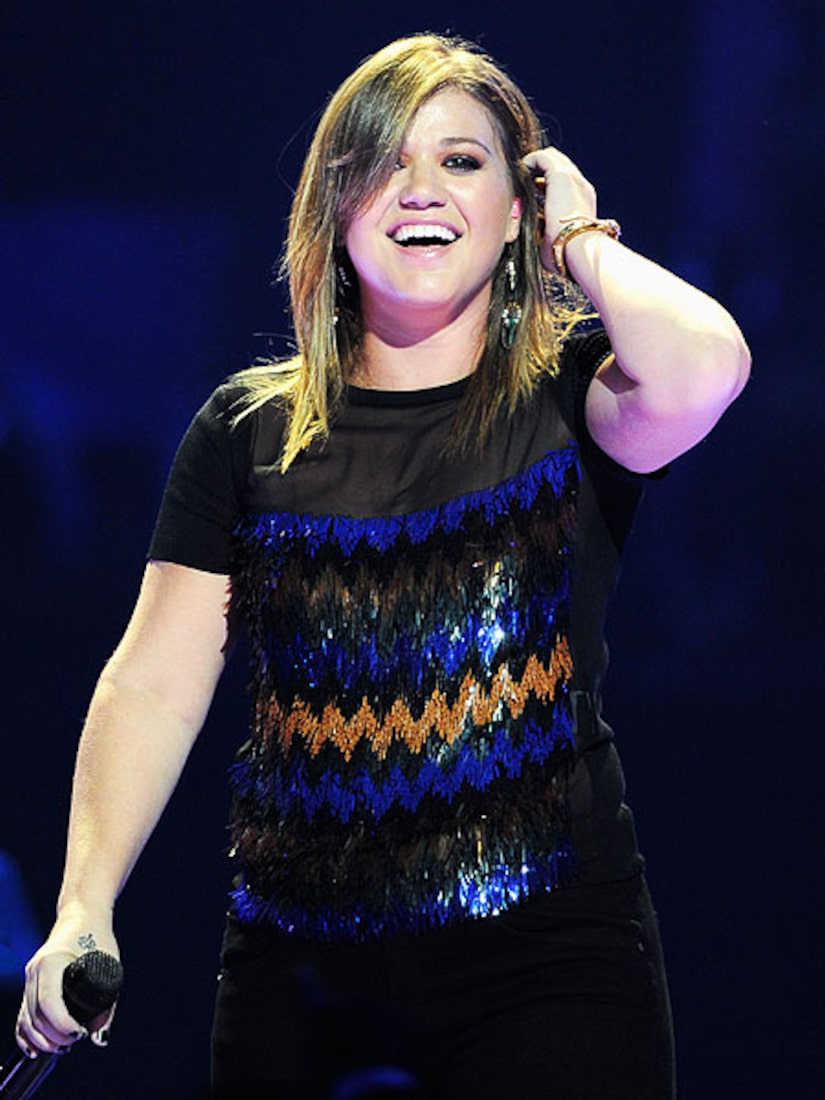 When Terri commented, "We always think of you as the queen of the break-up song," referring to Kelly's massive hit, "Since You've Been Gone," Clarkson replied, "That's sad!" She continued, "Apparently, I have a lot of rage for men, I don't know why, but I sell that well."
The sassy 29-year-old, who shot to superstar status after winning the first season of "American Idol," said, "Apparently I missed the pop stars' memo about just crazy outfits... like crazy shows! Maybe it's really different to just wear jeans and a t-shirt. Maybe I'm the odd one now."
"Stronger" is slated to drop October 25.