Action star Hugh Jackman is back on the big screen with his futuristic robot flick, "Real Steel."

Jackman told "Extra's" Renee Bargh about his shift from playing "X-Men's" Wolverine to his role as boxer Charlie Kenton. "What was nice about this movie was not doing a lot of action, really. Most of the action is the robots in the ring," adding, "This was a boxing movie where I didn't get my head knocked off, so it was great."

Trained for his role as a boxer by one of the greatest in the sport, Sugar Ray Leonard, Jackman proudly revealed, "When I told my dad I was being trained by Sugar Ray Leonard, he said, 'Wow, you're really doing some big things.'" 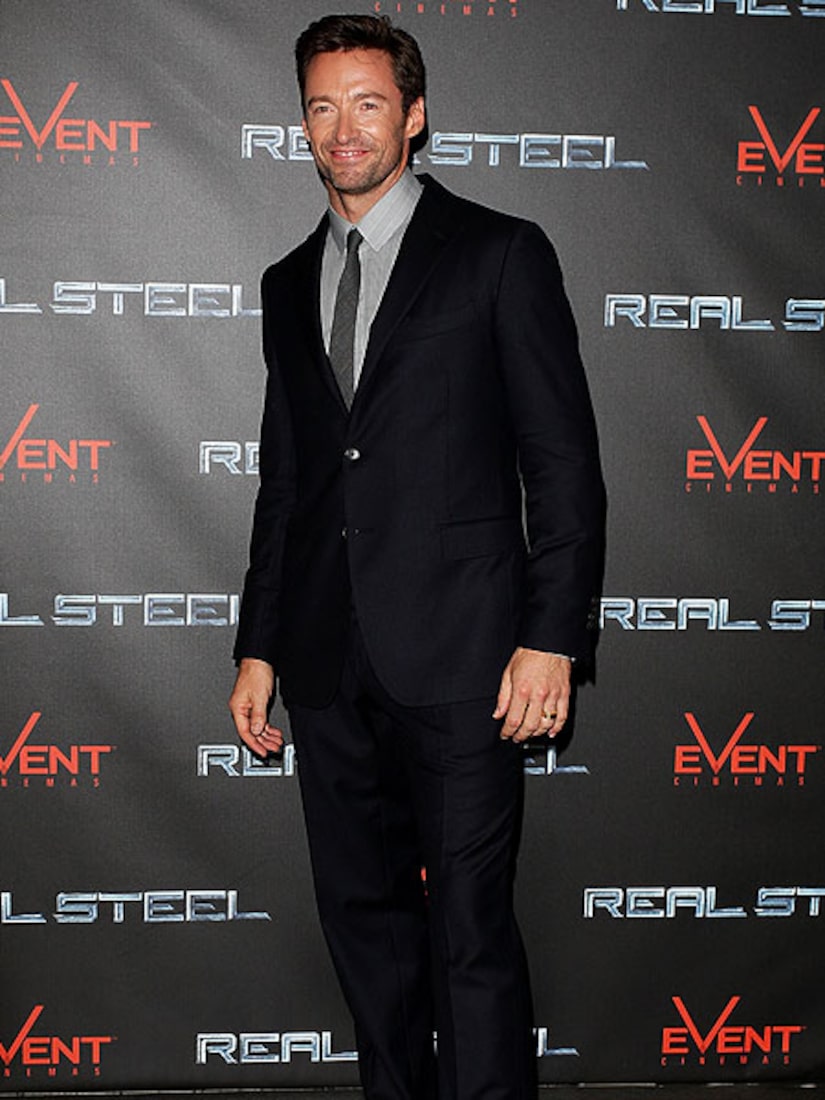 Hugh, who hosted the Academy Awards in 2009, said he's looking forward to next year's show, hosted by Eddie Murphy. "I am a massive fan of this choice. I'm sure they've asked Eddie for like 20 years straight!" Hugh continued, "I'm so pumped and I think he's going to be really naughty, which I think is good. Way naughtier than me."

When Renee asked if he would ever sing and dance his way onto "Glee," Jackman replied, "I think I would if it was the right role. I think it'd be fun."

In the not-so-distant future, "Real Steel" pounds its way into theaters... Oct. 7th, to be exact.