The debonair George Clooney graces the cover of this Sunday's Parade Magazine, in which he opens up about turning 50. 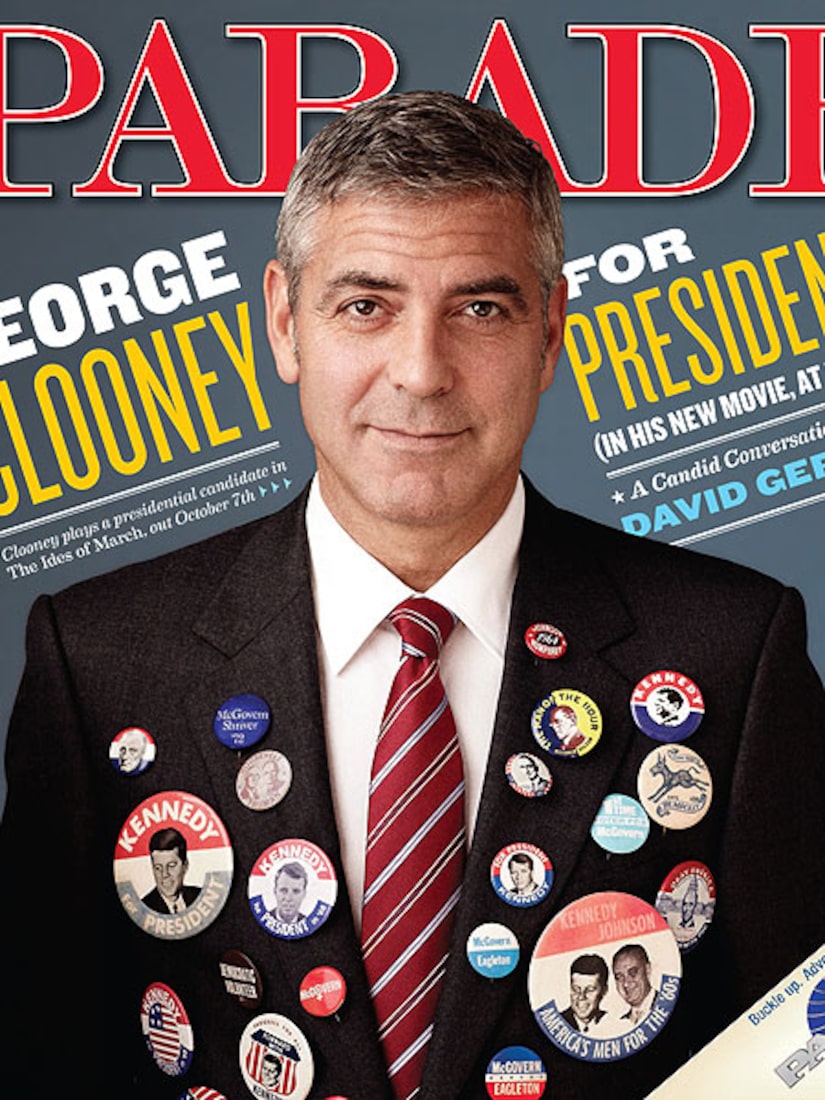 "I look at myself onscreen and go, 'I don't look like I did when I was 40 -- I know that,'" Clooney told the magazine. "The people I've respected most in the industry over the years -- Paul Newman, for instance -- I just loved the way he handled growing old onscreen. It's understanding that you're now basically a character actor."

As for maintaining his privacy, Clooney replied, "I don't tweet, I don't go on Facebook. I think there's too much information about all of us out there. I'm liking the idea of privacy more and more. There will be funny things, like I'll read something I've said about a woman somewhere. And I haven't spoken about my relationships in 15 years."

Read more of the interview at Parade.com! Clooney will next be seen in his directorial effort "Ides of March."