Disney Channel star Brenda Song showed up in Studio City on Thursday -- just a day after it was reported she is expecting her first child with boyfriend Trace Cyrus. 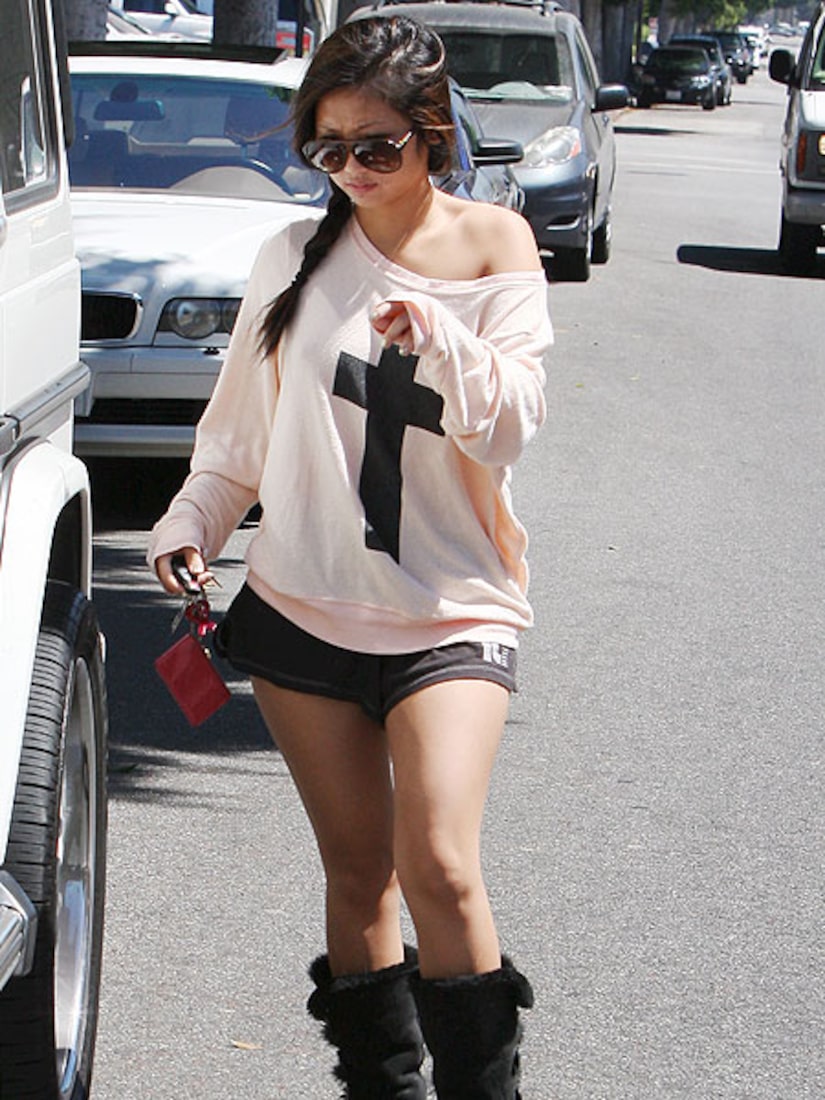 According to X17Online.com, Brenda didn't comment when asked about becoming a mom. Click here for more pictures of Brenda Song pregnant!

The actress, 23, and Cyrus, 22, who met through Trace's sister Miley, now live together at his apartment. The pregnancy "was not expected," a source told UsWeekly.com. "They were both startled to find out she's pregnant... They are figuring out how to handle it."

Song starred in the hit Disney Channel show "The Suite Life of Zack and Cody" and its follow-up, "The Suite Life on Deck," and had a breakout film role in last year's Oscar winner, "The Social Network."