Congresswoman and presidential candidate Michele Bachmann (R-MN) recently made the cover of the latest Newsweek issue, in which the magazine called her "The Queen of Rage." 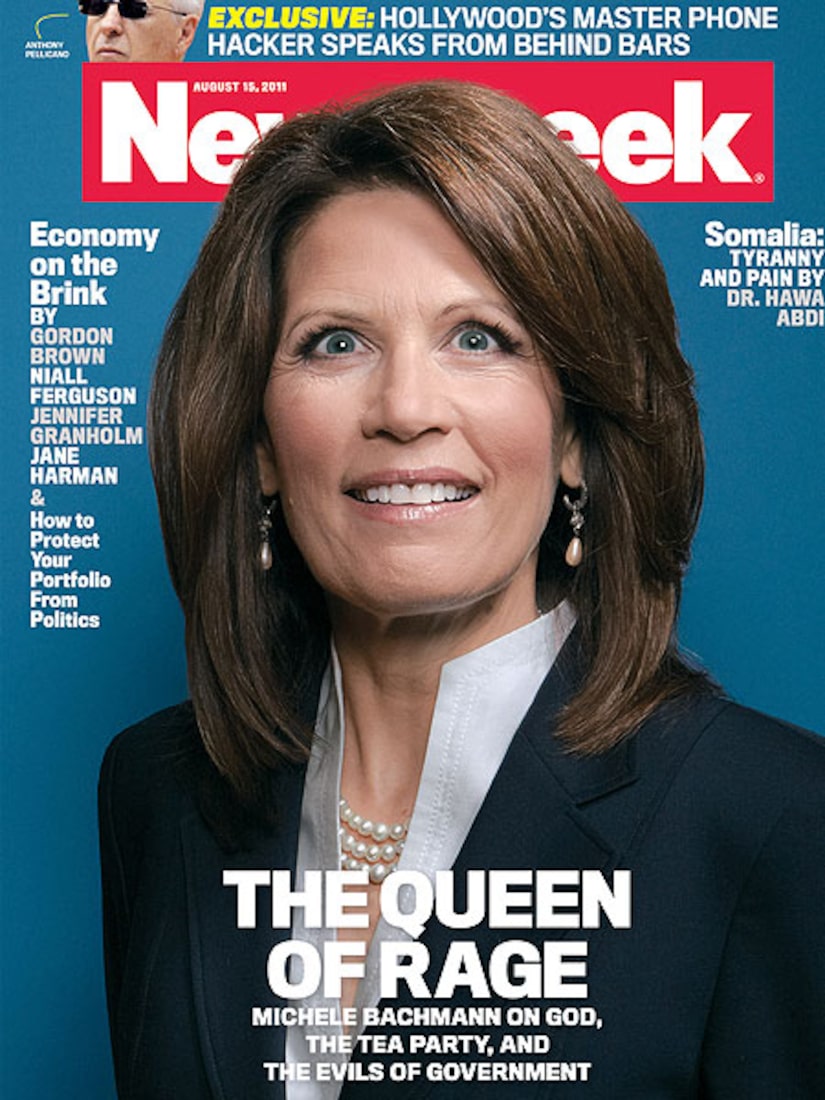 Newsweek author Lois Romano doesn't use the word "rage" in her article but does criticize what she calls the "radical" nature of the Tea Party that Bachmann champions. Read the full interview.

Huffington Post reports some of the more conservative websites are raging themselves against the cover, with some saying it makes Bachmann look "crazy" and claiming the media has a biased stance against conservatives.