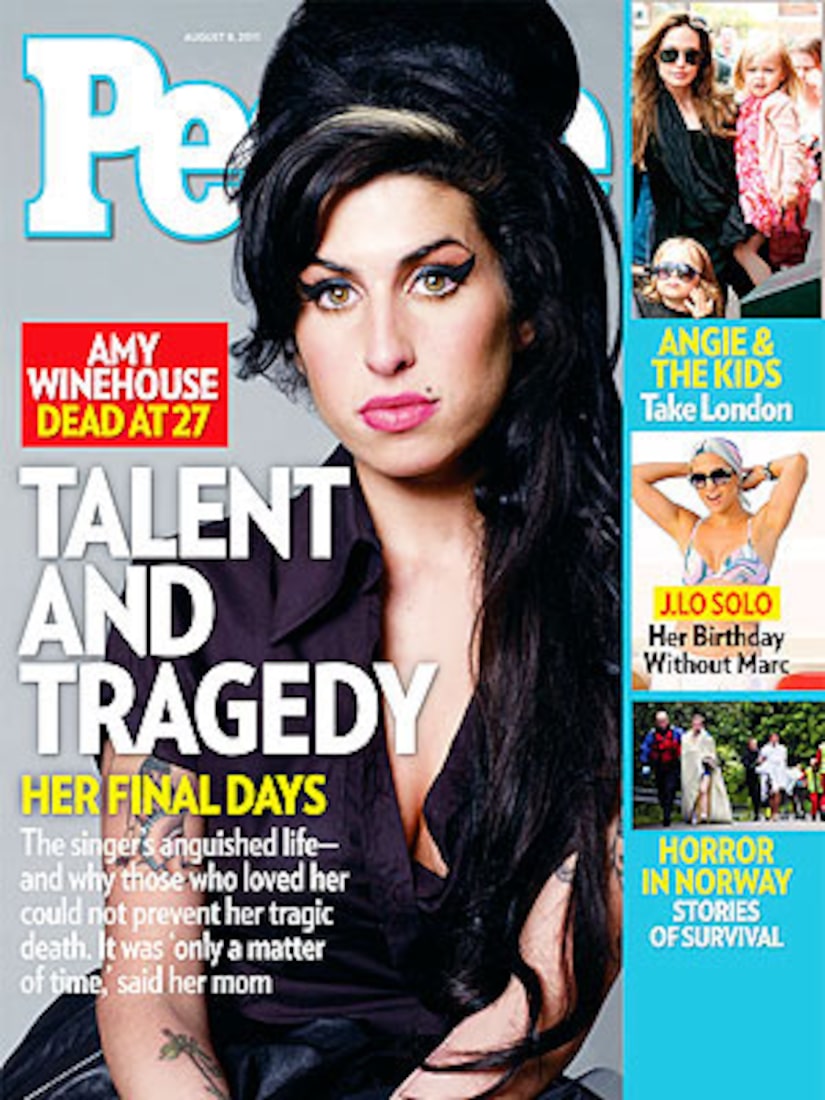 Although many have speculated that Amy Winehouse passed away from a drug overdose, sources tell People her final days were quite low-key, spent inside her London home, hanging out with her mother, and getting a routine check-up from a doctor.

"She spent most days at home writing," a friend revealed.

Friends of the soulful singer say she was much more than an addict. "Amy was a sparkly character," said Sarah Hurley, owner of a pub frequented by Winehouse.

The autopsy performed on Monday did not determine the cause of death, and according to police, toxicology results will not be available for another few weeks.

At her funeral yesterday, her father, musician Mitch Winehouse, said that he would establish a foundation in his daughter's memory that will help recovering addicts.