Friends and family gathered to pay their respects to Amy Winehouse at a private funeral held in London on Tuesday. The singer was found dead in her London home on Saturday. 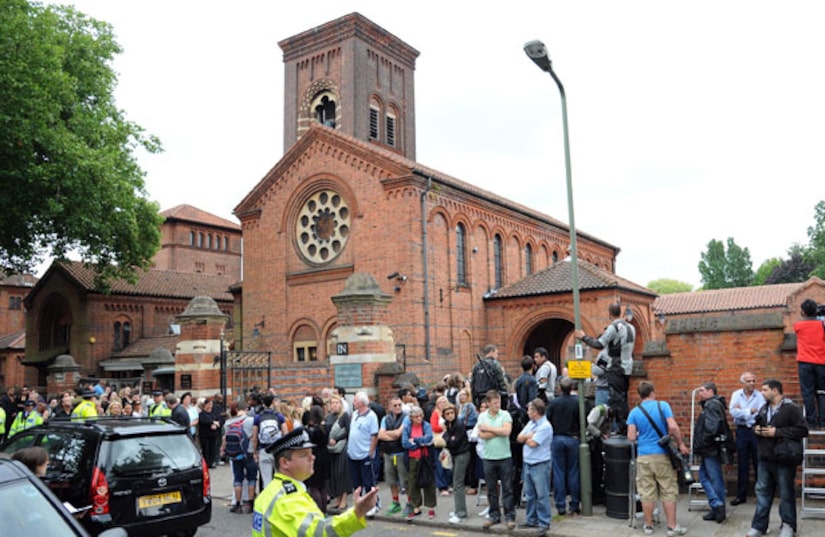 The ceremony was held at Edgwarebury Cemetery and is expected to be followed by cremation, and a family gathering at a local synagogue, according to the Associated Press.

Among the famous guests in attendance were Kelly Osbourne, who showed up wearing her hair in a beehive, Amy's signature 'do. 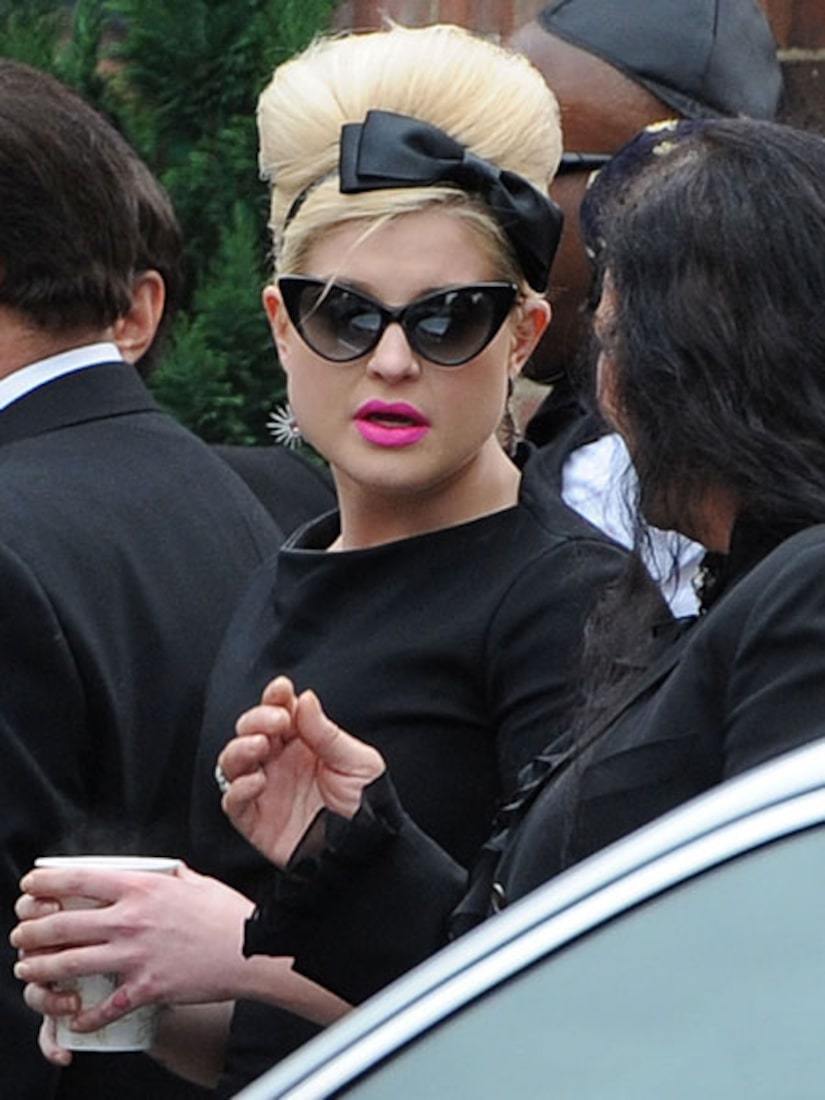 The singer's boyfriend of two years, director Reg Traviss, released his first public statement, telling The Sun on Tuesday, "The last three days have been hell. I have lost my darling who I love very much. We've suffered a terrible untimely loss and want peace now." 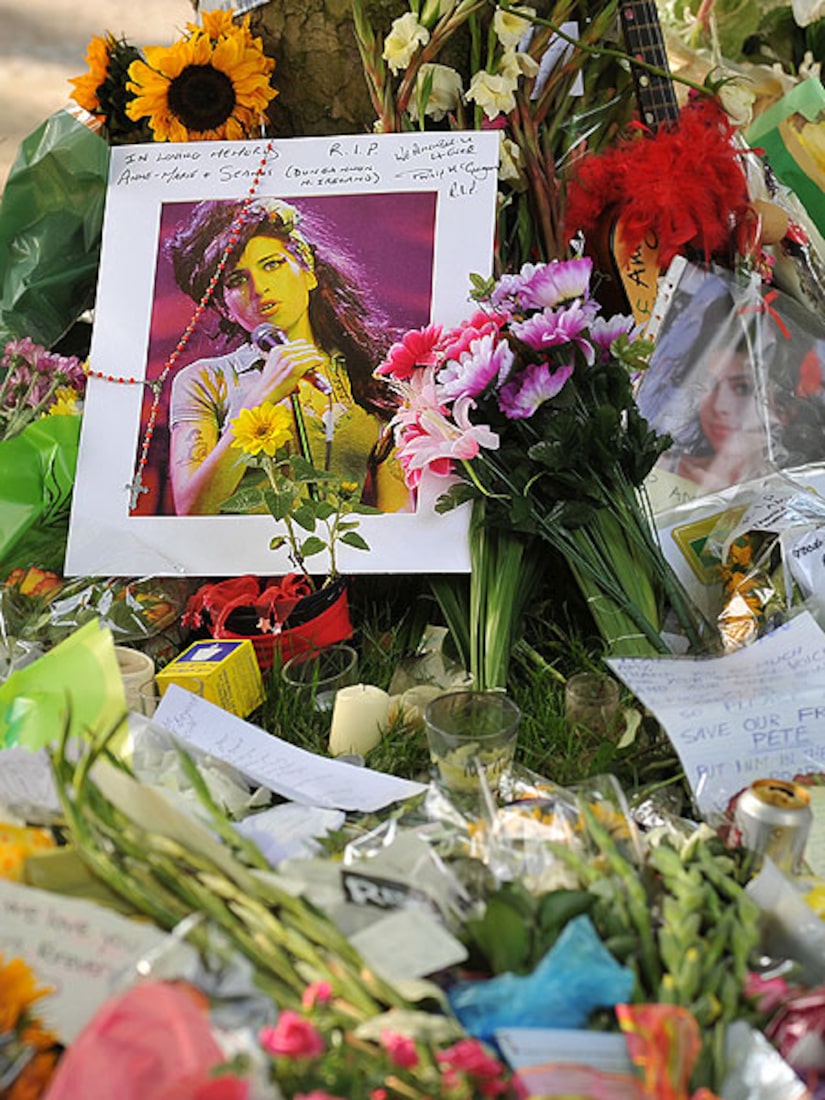 Amy's father, Mitch Winehouse, immediately flew to London from a gig in NYC after learning of his daughter's death. Mitch and Amy's mother went to the 27-year-old's North London home and thanked the fans and well-wishers gathered outside. "This means so much to my family," Mitch said, "We're devastated."

An autopsy was performed Monday, but did not immediately determine a cause of death. The police are currently waiting for the toxicology results, which could take up to four weeks.

Winehouse leaves behind an estimated fortune of $15 - $30 million, as well as "a lot of material" that has not been released to the public, according to the Daily Telegraph. Amy reportedly did not leave her a dime to ex-husband Blake Fielder-Civil, reports Daily Mail. The songstress made provisions to ensure Fielder-Civil was left out of her will following their divorce in 2009.

Although it is not common for 27-year-olds to have a will in place, because of Winehouse's large amount of wealth, it is speculated that she most likely had one. In the event that she did not have one, her fortune would be divided among family members according to British law.